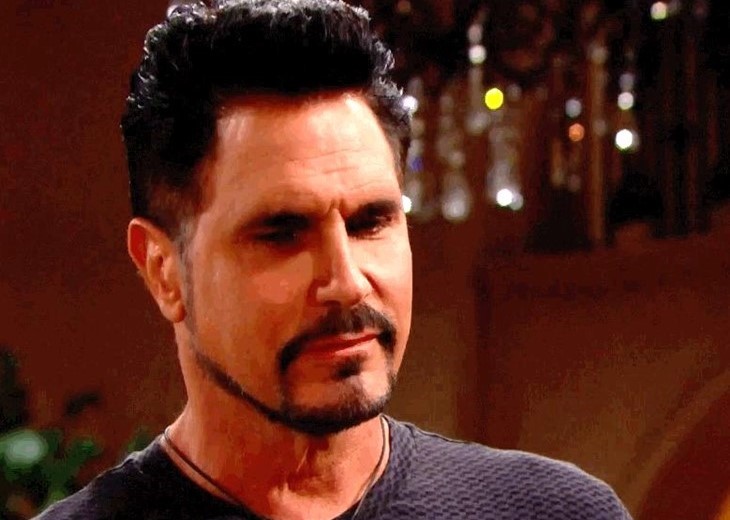 The Bold And The Beautiful (B&B) spoilers and updates reveal Bill Spencer (Don Diamont) may be an unexpected guest at Carter Walton (Lawrence Saint-Victor) and Paris Buckingham’s (Diamond White) wedding. However, it seems that Bill will be in the right place at the right time and pick up the pieces of Paris’ broken heart. Will Bill and Paris hook up after her failed wedding?

The Bold And Beautiful Paris and Carter had one day to plan their wedding since Carter wanted to marry right away. This length of time didn’t allow for many invitations to be sent out. Paris informed Carter that she was going to send Bill an invitation. Carter questions Paris’ decision but she said Bill donates to the Forrester Foundation. Of course, Carter was fine with Paris’ decision and wholeheartedly agreed. Will Bill step up when the wedding is interrupted by Quinn?

The Bold And The Beautiful’s Bill has been confirmed to attend the wedding. However, fans know Bill must be there for a reason. Hope Logan (Annika Noelle) has been invited but there is no mention of Katie Logan (Heather Tom) being there. Bill doesn’t seem to have a date for the wedding either. Paris has already admitted that she doesn’t want to be with Zende Forrester (Delon De Metz) so he probably won’t be the one to help. Zende has sworn that he won’t grovel to keep Paris in his life. Bill needs to be someone’s knight in shining armor. Will Bill help Paris pick up the pieces of her life?

The Bold And The Beautiful’s Grace Buckingham (Cassandra Creech) certainly needs something to occupy her time and keep her out of her daughter’s affairs. However, it is unlikely that Bill would be paired up with Paris. Grace is also obsessed with Paris marrying Zende. Could Bill put up with Grace’s high-strung attitude and tendency to meddle in her daughter’s affairs?

The Bold And The Beautiful Bill Spencer may offer Paris something that no one else can. Paris seems to be more attracted to older men which could leave an opening for Bill. Bill would certainly be an obstacle to Paris getting back with Zende. After all, Bill doesn’t like the Forresters because he revels in annoying them.

Will Bill and Paris strike up a friendship that leads to more? Could Paris be Bill’s new love? Bill and Katie have certainly grown stale. Is Bill what Paris needs to get over Carter and move on? Bill and Paris would certainly shake things up if they got together. Are Bill and Paris destined to hook up?