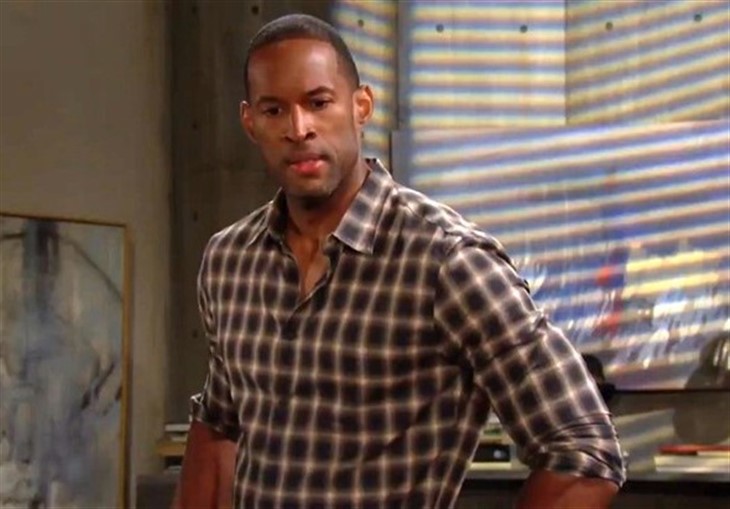 The Bold and the Beautiful spoilers reveal that Carter Walton (Lawrence Saint-Victor) has yet another love triangle. Quinn Forrester (Rena Sofer) asked Carter what he saw in Paris Buckingham (Diamond White). Fans have that same question. The actor explained why Carter was really drawn to Paris. Keep reading to find out what he had to say.

The Bold And The Beautiful Spoilers – Secrets And Heartbreak

B&B spoilers reveal that Quinn and Carter unexpectedly fell for each other. At first, the two had a secret affair. Then, the truth came out during Quinn and Eric Forrester’s (John McCook) vow renewal. Eric filed for divorce but eventually changed his mind.

Quinn was forced to choose between her husband and lover. Carter begged Quinn to run away with him, but she chose to go back to Eric.

Carter appeared to have a connection with Katie Logan (Heather Tom). However, when Bill Spencer (Don Diamont) called Katie, Carter decided she was too unavailable. Then, Carter went to someone even more unavailable – someone who was already in a relationship. That person was Paris, of course.

Even though Paris told Grace Buckingham (Cassandra Creech) she loved Carter, it’s clear that the COO didn’t feel the same way. That seems to be confirmed by the actor himself.

Speaking with Soap Opera Digest, Saint-Victor talked about what led him to go after Paris. The actor explained,

“Carter believes a part of him sought a relationship he knew he couldn’t have with Paris because he is still attracted to Quinn, and he can’t go after someone unless he’s all in. It’s complicated.”

Carter and Quinn definitely made a mistake by having an affair. Neither wants to go down that path again. However, once Quinn finds out about Eric and Donna’s affair, “Queric” will probably go their separate ways. If that happens, Quinn would no longer be available. The only issue is that Carter might be addicted to unavailable women. If Quinn is suddenly single and available, will that make her less desirable?

What do you think of Carter’s relationships with Paris, Katie, and Quinn? Which woman do you think is Ms. Right? Share your theories and remember to keep watching the CBS soap to see what happens next.