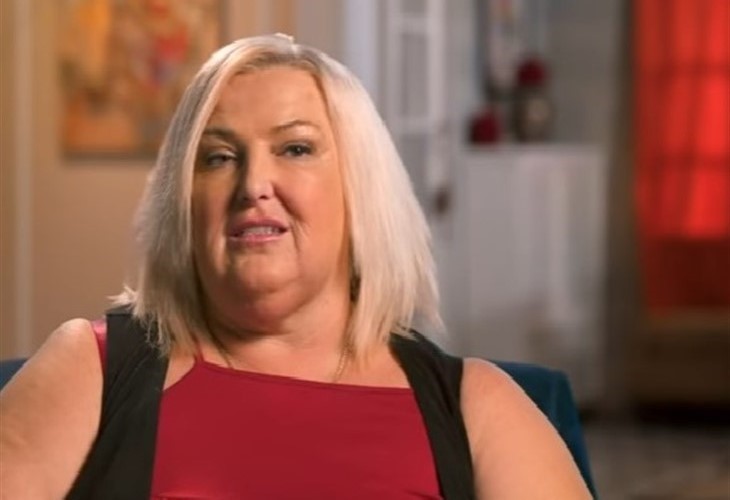 90 Day Fiancé spoilers, news, and updates tease that Angela Deem took time to respond to her critics as she posted a no-makeup photo of herself on her Instagram account showing the difference in her face before and after she used a beauty product.

Last August 2020, Angela Deem underwent weight loss surgery and lost over 100 pounds. After the procedure, she wanted to have another cosmetic surgery when the wrinkles and sagging skin on her cheeks were much more evident. However, her plastic surgeon refused to cooperate with her desire due to her smoking habits. Dr. David Saddat asked her to sign a smoking waiver, for which she has to pay a fine of $1500 if she continues to smoke and her surgery must be canceled or postponed.

In one of her recent posts, Angela Deem responded to some of her online critics as she uploaded a photo showing the difference in her face before and after she used a beauty product called Inance Skincare. She captioned: “Look how amazing my skin looks! No filters, no apps, no makeup! It’s almost 60 days I have been using Inance Skincare and what a difference in my skin. These photos have zero filters and I have no makeup on in both photos.”

Though Angela stated that she was not paid to post about the product, she still encouraged her followers to try and see the effects of the products themselves. As most fans complimented the TLC star’s beauty, there are still critics who never ceased to express their doubts about the photo. A follower commented, “She has laser resurfacing done likely,” to which Angela replied, “Nope, sorry.” Another one said, “No makeup, just photoshop,” and got a response, “Nope. It’s real. Sorry, honey.”

The grandmother-of-six has been receiving tons of criticisms since she stepped on the “90 Day” franchise, but in one of her recent social media posts, in which she showcased her dance moves, fans were thrilled seeing the TLC star lose so much weight after several cosmetic surgeries. She captioned the post: “QUEENS ARE RISING UP.”

Viewers expressed their thoughts in the comment section, complimenting Angela’s body transformation and her energetic dance moves. One fan commented, “You look fantastic! I’m so happy for you and your new life.” An Instagram user said, “I like this energy!” Another one chimed in, “I want to go dancing with Angela!”