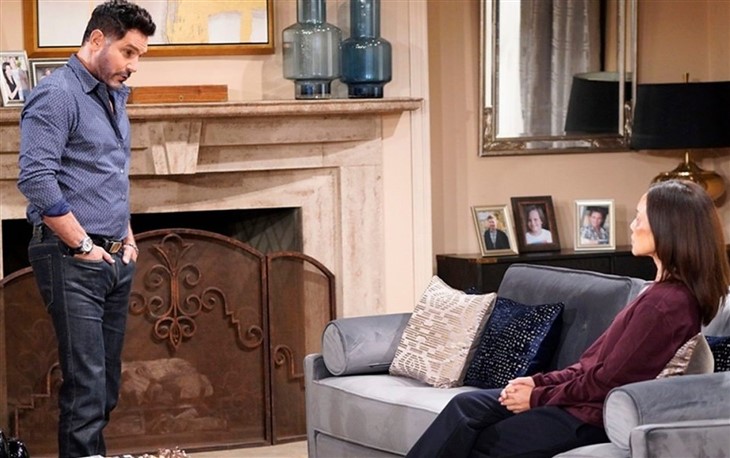 The Bold and the Beautiful spoilers say that there’s a new couple alert in this fictional town of Los Angeles and it’s one that already has a lot of people raising an eyebrow or two – but in a good way, of course. That’s because there’s some speculation that Bill Spencer (Don Diamont) and Li Finnegan (Naomi Matsuda) might actually become the hottest new couple in town. And it seems like fans are all for it, too. Here’s what you need to know.

It’s only been one hot minute since Bill rescued Li from a back alleyway after Sheila Carter tried to finish her off (in the same way that she tried to finish off Steffy Forrester, no less) but fortunately, failed in doing so. The Bold and the Beautiful spoilers say that Bill is going to make it his mission to to make Li feels as comfortable as possible in his home. Yet, there are some people who think that these two might end up getting up close and personal – and pretty fast, too!

Some The Bold and the Beautiful fans have taken to social media to weigh in on the matter with comments such as, “Make these two happen. They would be so beautiful and will also make Katie Logan kick herself that she even doubted having Bill back in her life again,” along with, “Just wait until Li cleans herself back up again. Bill will absolutely fall in love with her. She’s smart, she’s successful and she’s gorgeous. And yes, Bill is finally getting interesting again.”

Another fan wrote, “Put these two together, please! I am tired of the same old hook ups and Bill running back to women like Katie and Brooke. Li is everything that those other Logan women wish they were, but never will be.”

Needless to say, fans will certainly have to tune in each and every day this week to find out what’s in store! In the meantime, let us know what you think by leaving us a line with your thoughts in our comments section below. The Bold and the Beautiful airs weekdays on the CBS network. Check your local listings for times.

Be sure to catch up with everything on B&B right now. Come back here often for The Bold and the Beautiful spoilers, news and updates.