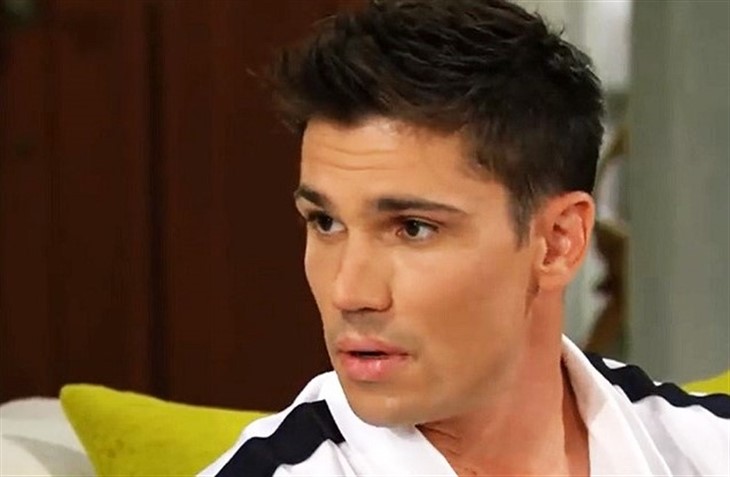 The Bold and the Beautiful spoilers show that John ‘Finn’ Finnegan (Tanner Novlan) has been reunited with Steffy Forrester (Jacqueline MacInnes Wood) after his harrowing experience with Sheila Carter (Kimberlin Brown) and made his way all the way to Monte Carlo to find Steffy in the streets.

While on the surface it looks like a happy ending and everything is going to be perfect again, there’s emotional damage under the skin that we can’t see and that Finn may not even realize yet as he’s riding high from adrenaline and love.

There will be something different about Finn, and Steffy will be the first to realize it. While it wouldn’t be a surprise, it will definitely be a hurdle that they will have to get over before they can move on. Of course, we wouldn’t blame Finn for anything that has happened, it will put a lot of stress on his relationship.

After being shot, then found by Li Finnegan (Naomi Matsuda), nursed back to life, and eventually held hostage by Sheila, there are going to be a lot more than physical wounds.

While we deal with a lot of crazy storylines in soap operas, PTSD may be one of the most real and complicated things to show on the screen, but that may be exactly where B&B is heading. There’s no doubt that Finn will begin struggling with everything that has happened, and what would make it even worse, is if something happens to Sheila now.

While she’s currently being sheltered by Deacon Sharpe (Sean Kanan), there are rumors out there that she may be killed in her escape from the police, and that would also weigh heavily on Finn, even after everything she has done.

Steffy will be the first to notice the changes in Finn and be as supportive as ever. The only thing I worry about is Finn thinking there is nothing wrong and that he can deal with it himself, even as a doctor, he may be a bit stubborn to believe that he has a problem himself.

Together though, I’m confident these two will be able to work through it and continue their relationship for years to come. They seem like a relationship anchor while other people’s ships are sinking all over the place.

What do you think? Could we see the end of Sheila and her story after this? Will Deacon end up turning her in for a deadly confrontation with the police? Let us know in the comments below.