The Bold And The Beautiful Spoilers: Will Shauna Return? 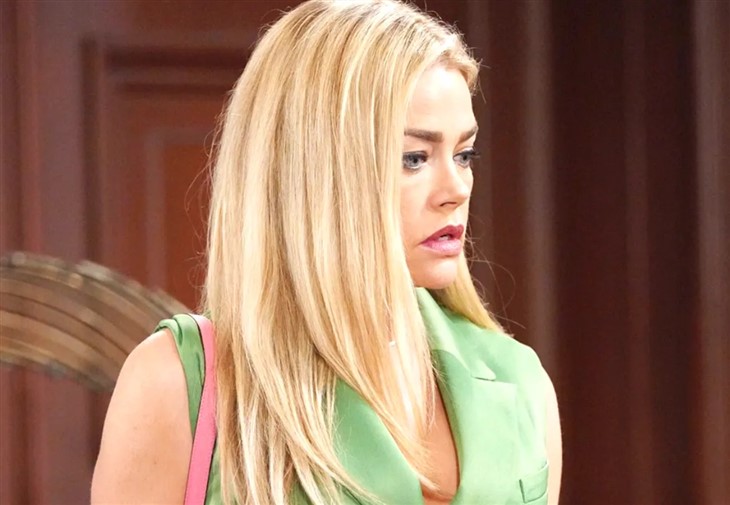 The Bold and the Beautiful spoilers reveal that Quinn Forrester (Rena Sofer) had some storylines with Shauna Fulton (Denise Richards). Even though Shauna disappeared without an explanation, could she return? Sofer sure hopes so and talked about why it’s so important for Quinn to have a friendship in the soap.

The Bold And The Beautiful Spoilers – Shauna Fulton’s Big Move

B&B spoilers reveal that Flo Logan’s (Katrina Bowden) mother began getting some screentime in 2019. Shauna got involved in Flo’s storyline regarding the big baby scandal. Then, Shauna was featured on the show again in 2020. At that time, Shauna’s friendship with Quinn was featured. As fans recall, Shauna had a storyline with Ridge Forrester (Thorsten Kaye).

Shauna and Ridge’s blackout wedding in Las Vegas was one unexpected storyline. While a lot of fans didn’t care for Shauna tricking Ridge or getting involved with a married man, it did provide some surprises. In the end, Shauna confessed the truth.

The only other time Shauna has really been seen since was when her friendship with Quinn nearly imploded over Eric Forrester (John McCook). There was also Shauna finding out about Quinn’s affair with Carter Walton (Lawrence Saint-Victor).

The Bold And The Beautiful Spoilers – Will Denise Richards Return?

The Bold and the Beautiful spoilers reveal that Shauna has vanished and there has been no mention of her for several months. However, no exit has been officially announced. Plus, Sofer spoke to Soap Opera Digest about Quinn. In that interview, Sofer mentioned Shauna. So, it appears that there is a chance that Shauna could eventually return for a few storylines.

“I loved that we got to see some of Quinn’s backstory and the fact that she is actually capable of having a friend. I don’t know if we’ll see more of that, but it would be great if we did. Quinn could definitely use a friend these days… it’s really not normal for a character to not have any friends – even one! It would be so nice if we could continue to see Quinn having this friendship that was started so many years ago. It was lovely to play out but then lately, it just went away. I’d really enjoy it if it were to come back.”

There is no word on whether Richards will continue or what happened to Shauna. What would you like to see if Shauna did come back? Share your thoughts and remember to keep watching the CBS soap to see what happens next.