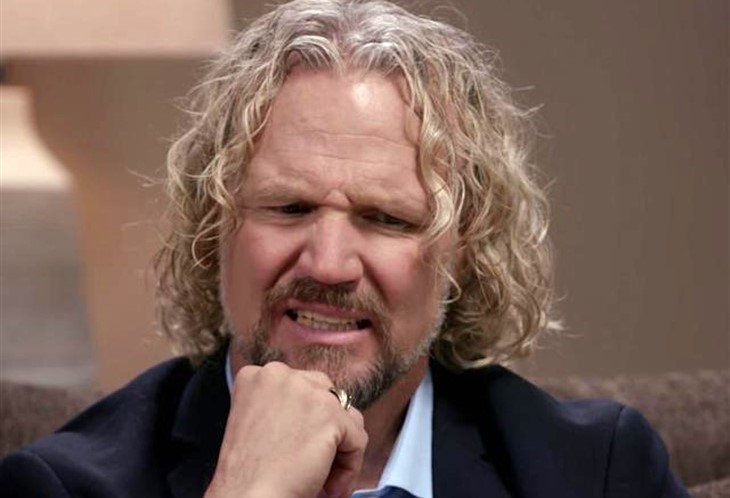 Sister Wives fans laughed like loons when screenshots of Kody Brown’s Google description changed. Well, it looks like he’s been double dissed by the massive site. Additionally, Christine’s son Paedon scored points with his diss about the nanny that Robyn employed. Is Kody laughing at himself? Or is he fuming about it?

Season 16 saw fans react with a lot of anger towards the patriarch of the TLC show. Actually, it revealed him in a  very poor light, most fans agree. In fact, some folks wonder why he put himself out there for the world to laugh at. Or, fume about. After all, it certainly seems to prove that his premise for the show fell flat on its behind.

Recall, he always claimed that the show would reveal normal happy families. Well, most people think that all Season 16 did was prove beyond doubt that polygamy just does not work.

When Sister Wives star Christine left Kody Brown, he said he wanted a spiritual divorce from her. Meanwhile, she claimed that he wouldn’t talk about it. Having abandoned the faith, she left anyway, making him furious. Actually, fans saw him very angry during the Tell-All Parts 1 and 2. He said, she said, didn’t rock fans who all seem to support Christine.

When Google changed Kody Brown’s description from Reality TV Personality to Christine’s ex-husband, even his daughter Gwendlyn laughed about it on her Instagram Stories. Well, Soap Dirt kept an eye on that description, and it soon changed back again. Perhaps Kody complained. It’s not clear if someone at Google actually sits and edits profile descriptions or if an algorithm does it. In any event, after a short time, it changed again and Christin’es ex-husband is once again on his description. Fortunately, the outlet screenshot the changes.

Sister Wives fans also saw that a few Instagram bloggers shared a Cameo by Christine’s son Paedon. Someone sent him one of the trending t-shirts from the show that dissed on Robyn’s nanny. It read, “What. Does. The. Nanny. Do?” Well, he described it as quite funny and a lot of tabloids suggested he dissed his dad as well.

Actually, in the comments section on Instagram, Paedon denied he dissed his dad. But, he did say that he fully supported his mom. So, it can’t really be taken as a diss. However, fans do and as far as they are concerned, it’s hilarious and right for him to laugh at his father and his favorite wife, Robyn.

Sister Wives fans know that Kody Brown isn’t exactly known for a sense of humor. In fact, it’s been ages since they last saw him laugh. So, you might wonder if he laughs along with everyone else like Pardon and Gwelndlyn. Hmmm. If you watched the Tell-All, it’s clear that he lost any sense of humor a long time ago. In the Tell-Part 3, if you spot him, laughing, then you win the Bingo card!

90 Day Fiancé: Jasmine Pineda Returns To Social Media After She “Lost Everything”