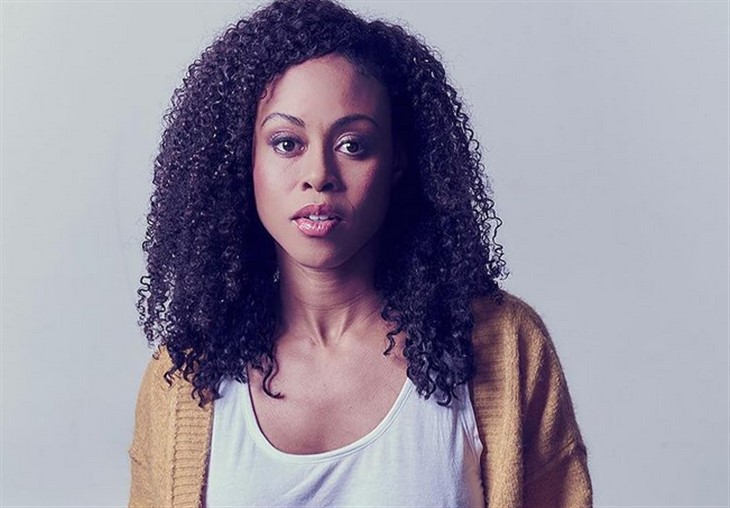 General Hospital spoilers and updates tease that Vinessa Antoine, who used to play Jordan Ashford on the daytime drama, scored a Best Lead Actress nomination for the Drama Series category in the 2022 Canadian Screen Awards.

Antoine earned a nomination for her impeccable performance on DIGGSTOWN. The other nominees are Kristen Kreuk for Burden of Truth, Serinda Swan for Coroner, Laurence Leboeuf for Transplant, and Melanie Scrofano for Wynonna Earp.

“This was a nice surprise to start my day,” Antoine said.

“Thank you, the Canadian Academy, CBS, DIGGSTOWN, [producer] Floyd Kane, [producer] Amos Adetuyi, Circle Blue Entertainment, and so many others for this experience!” she continued.

GH Spoilers – Other Nominees From Diggstown

This isn’t Antoine’s first nomination in the Canadian Screen Awards. In 2021, she was nominated for Lead Actress. The winners for this year will be announced on Sunday, April 10.

Antoine debuted as Jordan Ashford on General Hospital from March 2014 until 2018. After she left, she went back to Canada and joined the cast of Diggstown as Marcie Diggs. She won the Outstanding Female Actor in a Leading Role Award in ACTRA 2020 and a Screen Nova Scotia Award for the Outstanding Performance category in 2021.

Spoilers hint that Britt Westbourne (Kelly Thiebaud) will overhear a conversation, which may have something to do with Liesl Obrecht (Kathleen Gati) putting her life on the line to look for Peter August (Wes Ramsey). She doesn’t want her mom to get hurt or go missing again. She’ll shut down any crazy idea her mom may have as soon as she hears it.

As for Sam McCall (Kelly Monaco), she’ll confront Austin Gatlin Holt (Roger Howarth) about Drew Cain (Cameron Mathison) and the conversation he heard through the listening device. They’ll work together, along with Liesl, to figure out the best way to deal with Victor Cassadine (Charles Shaughnessy).