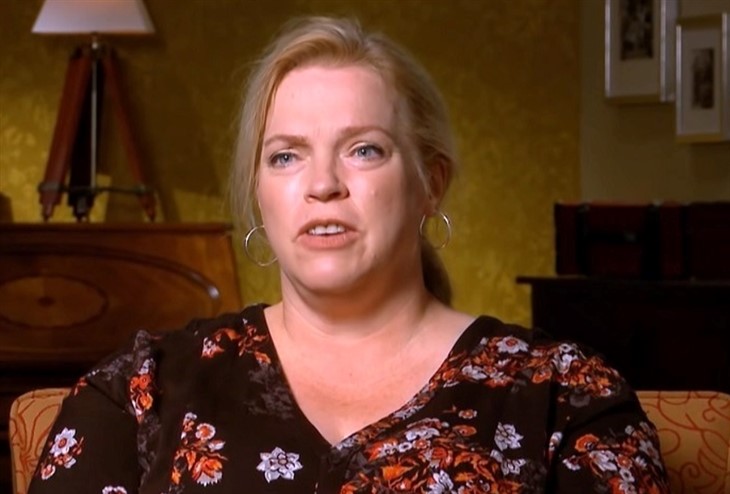 Sister Wives spoilers, news, and updates tease that Janelle Brown expressed her love for her grandson, Axel, as he celebrated his 5th birthday.

Janelle Brown stepped foot on the TLC show when she joined the polygamy family of Kody Brown, with whom she tied a knot last January 1993. They shared six children, namely, Logan, Madison, Hunter, Garrison, Gabriel, and Savannah. Janelle has a close bond with her sister wife, Christine Brown, especially during the pandemic when they both refused to follow Kody’s strict house rules.

In the previous episodes, it was seen that Janelle and Kody were involved in an argument when the mother-of-six decided to be absent on Thanksgiving due to the protocols. Later that season, Janelle mentioned leaving the polygamy marriage behind, but she was able to patch things up with Kody and lived a happy life. However, some issues were not fixed, which made Janelle walk out of Kody’s life, especially after seeing Christine much happier away from the marriage.

Last May 2017, it was seen that Maddie and Caleb welcomed their son, Axel, after 72 hours of labor. In her recent Instagram post, Janelle shared some photos of her grandson and wished him a happy birthday. She wrote: “I can hardly believe this grandbaby of mine is 5 years old today! I remember your birth like it was just yesterday. Happy, happy birthday, Axel! Grandma loves you so much.”

Fans filled the comment section with compliments after seeing the adorable photos of Axel. One fan commented, “Wow. The time has just flown by. Happy birthday.” An Instagram user said, “Oh, Janelle, he is so adorable.” Another one chimed in, “Beautiful grandbaby! I hope he has a great day!” 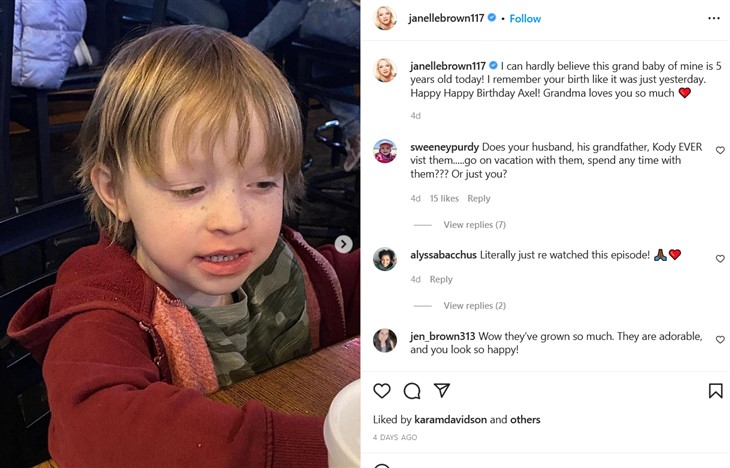 In other news, Janelle had a great time catching up with Christine Brown together with their children during their Pink Jeep tour in Sedona. Despite Christine leaving her polygamous family, the two remained close and always kept in touch. In her social media post, Janelle thanked Christine for organizing the trip as she wanted to do it for years. Fans expressed their delight in the comment section, stating their happiness seeing the two despite the struggles they had with their polygamous family.