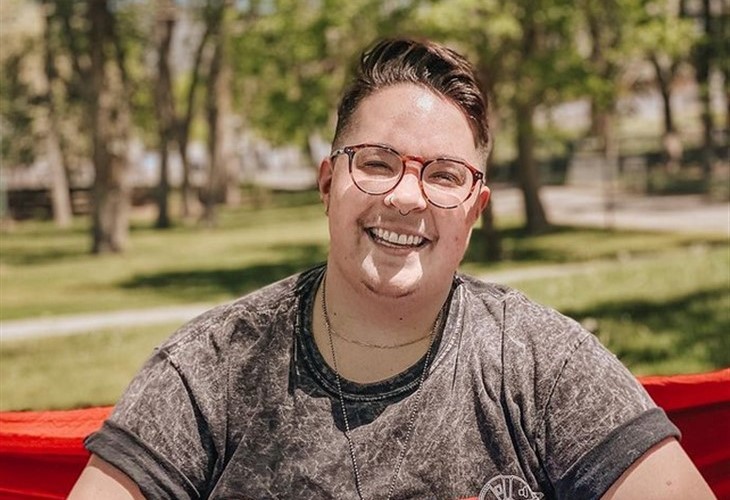 Sister Wives fans know that Audrey Kriss and Mariah Brown became engaged and planned to get married. As more photos of them arrive, more TLC fans ask about the wedding. Of course, now that Audrey is well on the way through gender transition with top surgery, more fans wonder if or when they tie the knot. Well, after keeping silent about it for ages, some news came via Instagram Stories this weekend.

Although Meri Brown mentioned a wedding was slated for last year, no photos or videos came along. Whilst it’s not likely that TLC covers the wedding, fans know it would be hard for Meri to keep it a secret. So, have they actually tied the knot yet? Or will they wait a bit until Audrey completes the transition process? Right now, the top surgery made for a joyful post. Actually, side-by-side clips and photos really show a huge change in Audrey’s physical appearance.

Sister Wives fans admire Mariah and Audrey for coming out. Actually, judging from the comments on their social media, a lot of people wish they had the courage to do the same thing. After all, plenty of people feel like they are trapped into marrying the wrong gender, or were even born with the wrong gender for themselves. Mariah, who sometimes seemed a bit sulky as a teen seems to have blossomed with her love for Audrey. So, have they actually tied the knot yet?

On May 21, Audrey took to her Instagram Stories. Clearly, many folks question the couple about their wedding. Well, no spoilers came about the actual ceremony. However, it’s at least confirmed to be in the works or already done and dusted. In a Q&A, Audrey started it off by saying, “I won’t be answering questions on our wedding.” However, that doesn’t mean that TLC fans won’t find out more from them.

The Sister Wives star definitely seems to plan to answer questions later. The caption continued with, “[Some of these questions] I might save for videos and/or answer later.” Well, from the tone of that, it might be possible that they delayed the wedding. After all, Audrey seems to speak a little bit futuristically.

Many Sister Wives fans suspect that the wedding won’t be covered by the network. However, if Audrey can’t or won’t speak more about it now, perhaps they are under an NDA. For now, fans can only hope like crazy that they get to see it all go down eventually.