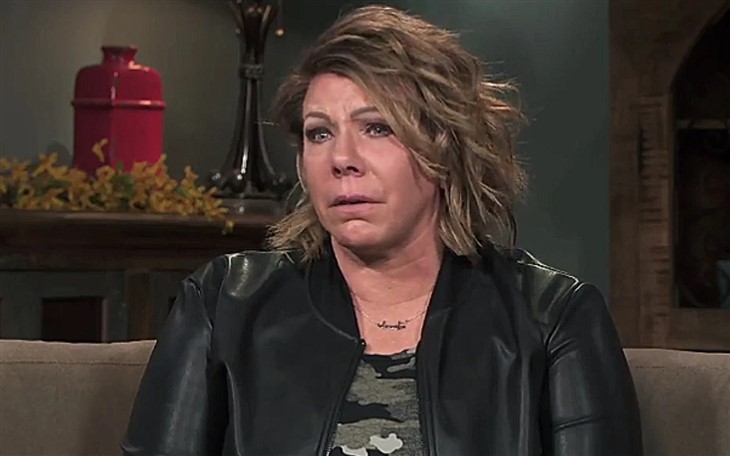 Sister Wives spoilers reveal that the Brown family is not only dealing with Christine Brown leaving the marriage, but they are also dealing with the loss of a family member.

In the last episode of Sister Wives, we learned that Meri Brown’s mother had died. Meri, Kody Brown’s first wife, has been pretty quiet on the show since Christine made her announcement that she was leaving the family. As the last episode progressed, there was a lot of tension, and Meri was shown in her car driving as fast as she could to get to the hospital, which was five hours away. Her mother Bonnie had been in the hospital for two days and she has suffered from an extended heart attack.

Meri wasn’t ready to receive this news and was just as shocked as any of us with her mother only being 76 years old. As she is just an hour from the hospital, she gets a phone call from her family telling her that her mother had just passed away. Her pain and loss are seen on camera as she is driving and this broke viewers’ hearts to see her like this.

While Meri is trying to get a grasp on what just happened, she tells the cameras, “I don’t even know how to do this. This is just so unexpected and so quick. This is not supposed to happen this way.” Throughout the show, the Browns all talk about how much they loved Bonnie. Kody tells the cameras, “Bonnie was my first mother-in-law. I think I fell in love with her first, you know? She’s just the sweetest lady.”

Bonnie was also in a plural marriage and everyone in the Brown family spoke about how kind she was and how she always made them feel welcome no matter what. In fact, Christine even told the cameras that Bonnie is the one who helped her reconcile with her own mother. Bonnie will be missed and our hearts go out to Meri during this difficult time.