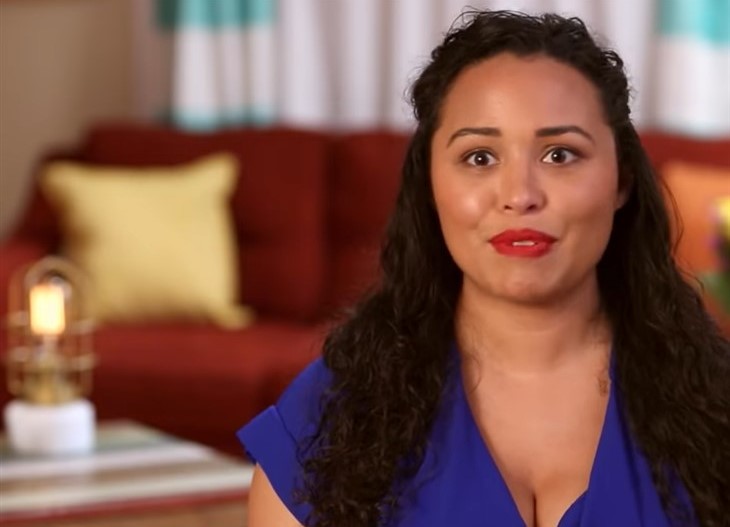 Tania Maduro debuted on TLC when she was romantically linked to Syngin Colchester during one of her trips to South Africa. Syngin was a bartender with whom she ended up having one-time intimacy. However, things have gone differently that her holiday turned into a four-month vacation. The man got a K-1 visa and flew to the USA to finally get hitched to the love of his life.

Their relationship was far from perfect, especially when the Connecticut resident left Syngin alone at her house while she enjoyed Costa Rica for a month. Despite their shortcomings, the two still ended up in sacred matrimony. However, their constant fights and arguments led them to put their relationship to an end, which landed them in Season 2 of “90 Day: The Single Life.”

In one of her recent posts on social media, Tania shared a photo of herself on a rock near a waterfall, showing her body to the camera. She mentioned how people slammed her multiple times because of her body. However, Tania ended her post encouraging everyone to accept different types of body and skin color.

Her fans came to defend her in the comment section, encouraging Tania to love herself even more. Despite of the negativity she constantly gets online, there are still people who are appreciating the way she looks and the type of body she has.

Recently, TLC fans gathered on Reddit when somebody posted a clip from “The Real Housewives of Potomac,” showing the presence of Tania Maduro. “90 Day” supporters then agreed that the one on the video was truly Tania, saying: “100% that’s her.”

One fan commented, “Was she hired as a background actor for this scene? Is that Synergin she’s talking to? Was this a natural coincidence?” A Redditor wrote, “Yes, I remember she mentioned it.” Another one chimed in, “Usually. I’m doubtful but that really does look exactly like her. I can totally see her doing background acting work too. It seems right up her alley.”