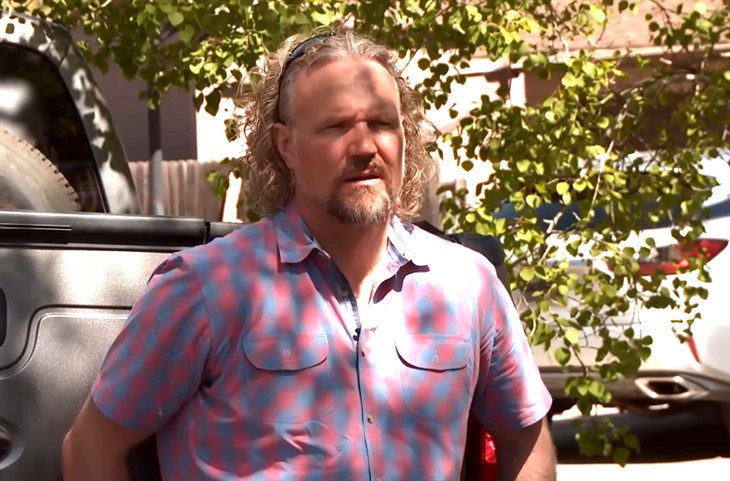 Sister Wives spoilers and updates tease that Kody Brown got himself a whole mess of trouble in the past few years and there seems to be no stopping it. The Brown family has been gracing our TV screens for over 10 years now and Kody wanting to portray his family as the happy polygamist one, is anything but.

Kody’s wives are Meri, Janelle, Robyn and now his ex-wife, Christine whom which they share many children, Paedon, Mykelti, Aspen, Gwendlyn, Ysabel and Truely. Kody and Meri share on child, Leon Brown. Meri got catfished online and it resulted in Kody stopped intimacy and no longer lives with her. Aside from that are divorced as well, they are only spiritually married. They divorced so Kody could marry Robyn and adopt her children from a previous marriage.

Then there is Janelle, she is Kody’s second wife and he is her second husband. Janelle and Kody share six children, Logan, Hunter, Garrison, Gabriel, Madison and Savanah.

Robyn seems to be the only wife these days who Kody still share a home and a bed. Robyn has two children from a previous marriage, Breanna and Aurora, and shares Dayton, Solomon and Ariella with Kody.

This certainly makes for a lot of children belonging to Kody, eighteen in fact.

On a recent episode of Sister Wives, Janelle said that all of Kody’s eighteen children share a close bond. Kody wasn’t happy with Janelle giving a positive to Brown fans about the children, instead, Kody said that Janelle lying and the children do not share a close bond, he used Paedon and Leon as an example, who he claims don’t get along with their younger siblings.

Janelle and Christine’s children share a bond, and that has been shown since Christine has left the plural marriage and they are still friends. Robyn’s children are another story. Robyn shields her children from the other wives in the plural marriage, so it might be hard for them to bond with the other children, but it doesn’t mean that the other children still feel they are bonded because most of them do share their mother and father. Although Kody favored Robyn during COVID, and spent most his time with her and their children and this may have caused some grumblings.

Kody says Janelle is using the children as a yardstick for the others, whatever the reason, clearly Janelle wants the children to all get along and there is nothing wrong with that.

Days Of Our Lives Spoilers: Alex And Stephanie’s Passions Explode, They Hit The Sheets