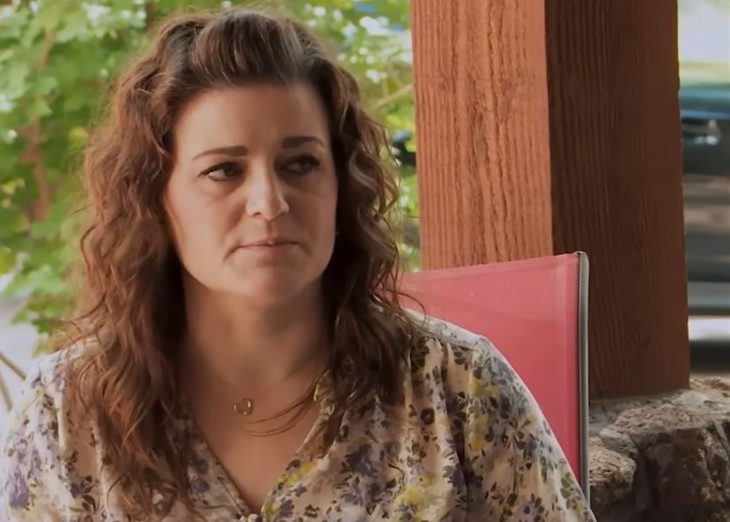 Sister Wives spoilers reveal that Meri Brown may have given Robyn Brown all of her money when she sold her home in Las Vegas. The finances of the Brown family have always been in question since all of the wives have side hustles and none of us really know what Kody Brown does for a living. Yes, he sells guns and yes, he has shown off signs that he has made for businesses in the past, but we never really see him working as the ladies do. When it comes to money, it looks like they are all unraveling before our eyes.

In the latest episode of the show, we learned a lot more about the finances of the Brown family. We learned that Janelle and Meri gave Robyn half of the proceeds from the sale of their Las Vegas homes, but why? Meri told the cameras, “Financially, at least up until very recently, our family has kind of worked together and just put whatever funds we had where they needed to go. When I sold my house in Vegas, I have the money that I made from that house to Robyn so that she could buy her house here in Flagstaff. You know, that’s just what we’ve done. We’ve always worked together and I have no problem with the fact that I’m renting still.”

Fans were shocked to hear this news because this is the first time it has come out to the public. Meri is currently renting her home and it looks as if she doesn’t mind not owning it. Meri makes her money from working for LuLaRoe and from the looks of it, she does really well. Her home is very nice and spacious and many of her fans feel like she has too much room for just her.

From what we have seen on the show, Meri is renting her house and Janelle was. She is now living in an RV, which has not made her the happiest. She is ready to build a house on the land at Coyote Pass, but Kody Brown doesn’t want that yet. Interestingly enough, Kody and Robyn’s names are the only ones on the land there and this has been an issue with the other wives. Kody told them that this would be where they would build, but that was years ago.

It seems like there are a lot of financial issues within the Brown family, but it really does look as if Robyn and Kody are the only ones with the money. What does this mean for the other wives? We will just have to watch and see.