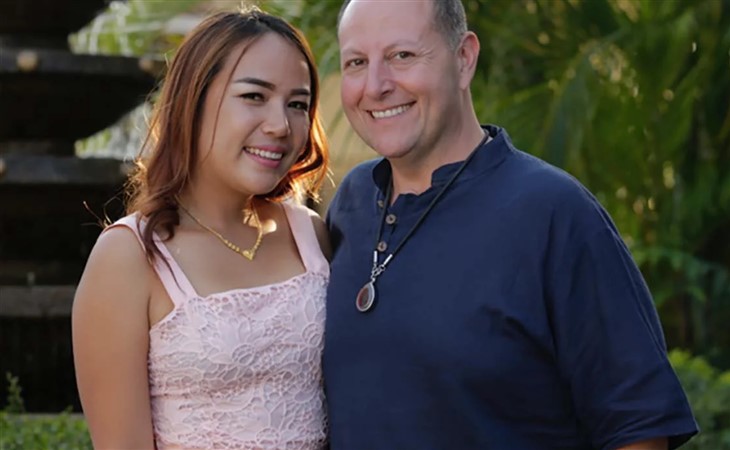 90 Day Fiance fans often wondered if Annie and David Toborowsky might have children together. Always popular, they are getting a lot of attention right now as they landed their own spinoff. After The 90 Days features them, and fans explore more about their life together. So, Annie opened up about the possibility of having their own children.

While most people love the couple, some TLC fans slammed them because David is so much older than Annie. Actually, even Annie got some heat when she talked about David’s weight. Cycling in Thailand, Annie claimed that he was very unhealthy. Well, her family also started slamming and shaming him for his age and weight. So, fans reacted strongly. After all, she chose to marry a man in his fifties while she was in her 20s. Actually, they mostly seem to get along on social media, so often, fans forget that he’s not a young man anymore.

90 Day Fiance fans saw though, that Snoop Dogg performed at the Super Bowl halftime show, along with Kendrick Lamar, Dr. Dre, Eminem, and Mary J. Blige. Well,  he featured David in his video content as he got his eyebrows microbladed, backed by Snoop’s music. It isn’t easy to know if it was a dig at an old man trying to look young or a compliment. However, David really tries hard to be a nice guy. So, hopefully, it was well-meant. Now, Annie agrees that David might not be keen on having babies at his age.

90 Day Fiance Spoilers – Reports From Annie Toborowsky About A ‘Clinic’

Annie told Hollywood Life, “My husband is a lot older than me and I don’t think he’ll have fun when he has to change the diapers when he’s 60 years old.” So, she alluded to a clinic in Thailand. However, she didn’t say much more about that. After all, a clinic in Thailand sounds like some sort of avenue is planned for kids in the future. Anyway, for whatever reason, Annie claimed that she knew he couldn’t have children.

The 90 Day Fiance couple sound like they are seriously looking into the clinic. David said, “we’re still looking at the option at a clinic in Bangkok and I’ll leave it at that.” A lot of people raise kids in their 60s and more often these days, grandchildren are raised by older people. So, that doesn’t mean a child won’t get quality time with David. However, as he grows older, naturally, he’ll be less likely to do a lot of physical activity with a growing child.

90 Day Fiance Spoilers – What Are Your Thoughts?

Do you think that the 90 Day Fiance couple should go ahead and have children? Or is David too old to give the child a happy life? Should they rather adopt a young teen who could use a loving home? Sound off your thoughts in the comments below.