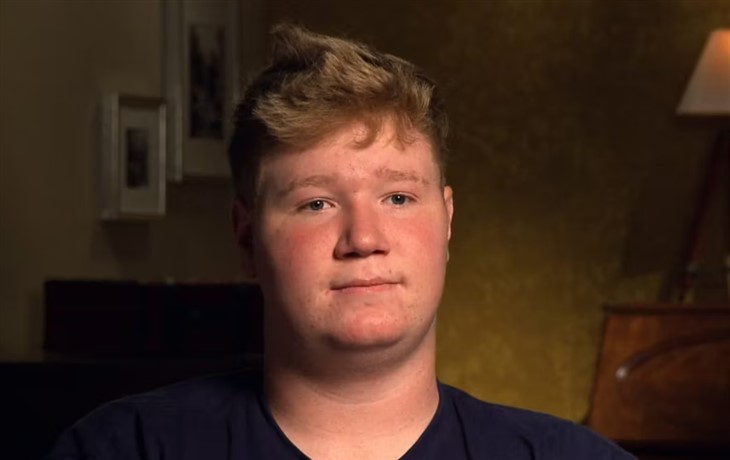 Sister Wives spoilers, news, and updates tease that Paedon Brown, Christine’s son, called his sister, Gwendlyn, a “man hater.” The 20-year-old made the comment when he responded to a curious follower about the previous incident when he slapped his younger sister.

Just like other families, the Browns also have their differences, and they quarrel a lot. Followers of the show know that Christine’s children were involved in an incident wherein Paedon slapped his sister, Gwendlyn, in a heated argument.

A few years ago, Paedon and Gwendlyn got into a fight. Things escalated quickly and the former raised his hand to the latter. Many thought they’d buried the hatchet, but it seems like there’s more to the story than what most people know.

Sister Wives – Paedon Seems To Take A Dig At Gwendlyn

In a social media post, one curious follower, with the handle sumayahbella, noted its surprise to know that people made a big deal out of the incident when Paedon slapped his sister. The user shared how siblings beat each other within their family and then makeup afterward. Sumayahbella thought that it was normal but after seeing the reactions of everyone in Paedon’s case, then what they’re doing in their family isn’t normal after all.

Paedon was quick to respond to the comment and said, “@sumayahbella no, it’s definitely normal for most. The people who made such a big fuss are man haters.”

Some fans think that Paedon was referring to his sister, Gwendlyn, when he left this comment.

Christine has been trying to mend the gap between Paedon and Gwendlyn. In a previous video, Paedon opened up about the broken relationship he has with his sister. He also added that he wished he could fix things with her, but she’s been afraid of being around him ever since the incident.

Christine Brown’s daughter, Mykelti Padron, gave birth to twins recently. Aside from her mother, Robyn Brown was also there to support her. Tony Padron, Mykelti’s husband, shared several photos of his twins being held by their “grandmothers” in the hospital.

“Just want to Thank! Our Amazing Moms that came to help us,” he posted on Instagram.

“Y’all the best !! 🔥🧍‍♀️#ateam.” The reality TV personality included several photos of the little ones’ “grandmothers” holding the babies in the hospital,” he continued.