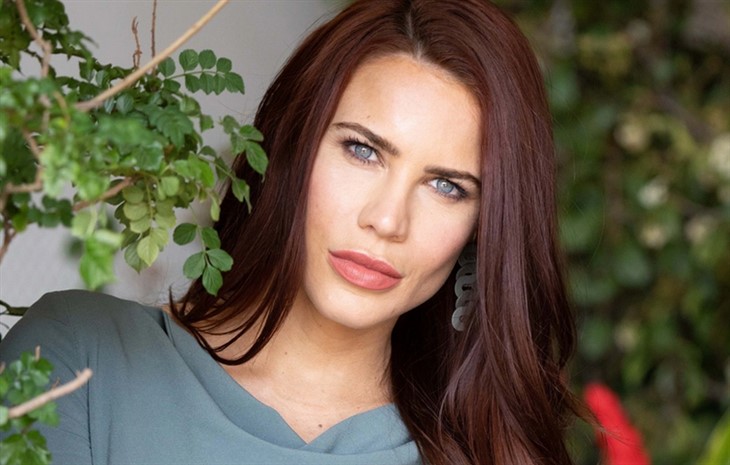 The Young and the Restless spoilers show that there has been a bit of a love triangle between Nick Newman (Joshua Morrow), Sally Spectra (Courtney Hope) and Adam Newman (Mark Grossman). While many fans would rather see Adam and Sally together, off-screen, Hope has been gushing about how great Morrow is and how much fun he is on set.

In an interview with Soap Opera Digest, Hope opened up about working with Morrow and what it has been like. “He’s really great and so much fun to work with. All the people he works with, including the crew, just love him. He’s got such a great sense of humor and I’ve never seen him in a bad mood. In fact, you can never feel down when you’re near Josh. And I appreciate that he’s very collaborative and always asking, ‘How can we bring something different to his relationship?'”

The Young and the Restless spoilers show Nick and Sally, shockingly, slept together in the Newman Media office just after she and Adam had completely cut things off. While Adam was trying to win her back, she is not convinced that he’s the one. Plus, Hope seems to have a bit of an off-screen crush on Morrow, but how can we blame her?

She continued to talk about his years of experience saying, “I love that he’s a seasoned pro. That gives me the chance to pick his brain and learn even more. I’ve been very lucky to work with the vets, like, Peter {Bergman, Jack], Michelle [Stafford, Phyllis], Tracey [E. Bregman, Lauren] and Liz [Hendrickson, Chloe]. They keep me on my toes and challenge me. I appreciate what each of them brings to the table.”

Y&R Spoilers – Who Would You Choose For Sally Spectra?

After Adam’s proposal, there’s still a lot of people pining after Sally, and we all have our own choices of who we would like to see with her. While I think many viewers would love to see her and Adam back together, there is a very real possibility that she and Nick have a future together still.

From her own interview though, it sounds like she has a lot of respect for Morrow and that could translate to the screen.

What do you think? Would you like to see Sally with Adam or Nick and do you think that her appreciation of Morrow will continue to the screen? Share your thoughts and remember to keep watching the CBS soap to see what happens next.