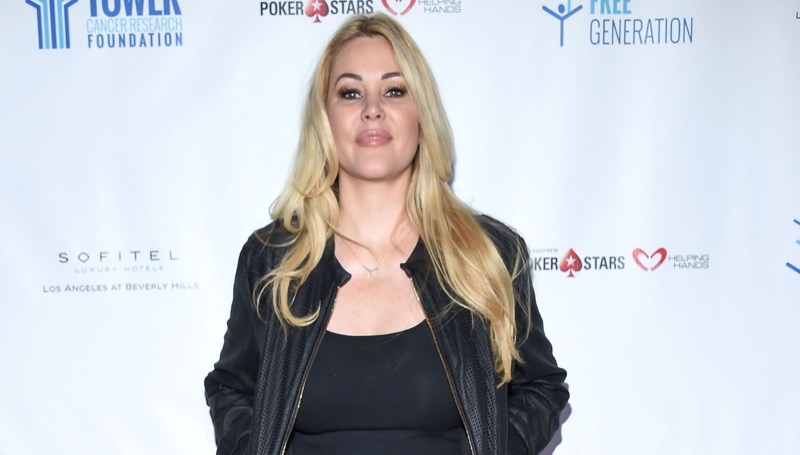 Travis Barker fans have closely followed his recent health scare, from Kourtney Kardashian staying by her husband’s side to his daughter sharing on his hospitalization. But now Barker’s ex-wife Shanna Moakler has tried to steal the spotlight. And in a lengthy statement, the former supermodel dished up all the details of her own reaction to Travis’ illness.

Find out what Shanna shared. And learn the latest update on Barker’s health. We’ve got all the details below!

Feeling thirsty, Shanna Moakler? The ex-wife of Travis Barker told Page Six all about her reaction to his scary health problems. And she poured out all her emotions in her statement.

First, Shanna claimed to know all about the get-well messages that Travis has received. And she also pointedly referred to how she remains in Barker’s life as the mother of his children. “Thank you to everyone who has reached out with concern to my ex and father of my children,” gushed the 47-year-old. Her statement occurred a few days after Travis got rushed to a Los Angeles hospital.

Moakler and Barker, 46, co-parent their son son Landon, 18, and daughter Alabama, 16. But then the former model dished on the Blink-182 drummer’s new wife Kourtney Kardashian. “I know he is in great hands and surrounded by loving support and the best medical teams available and his beautiful wife Kourtney,” gushed Shanna. And she added, “I pray for a speedy recovery and for the comfort of my children as I know they are very concerned and worried.”

The recent health scare and hospitalization follow Barker’s previous near-death experiences. And Moakler acknowledged that in her statement. For instance, she shared that Travis has “beat the odds” previously. “I know with his support system he will do it again,” she stated. And despite mentioning his new wife Kourtney, Shanna then tried to put herself into the situation. “I will always be there for him and my children,” added the former supermodel. The two tied the knot in 2004, then split four years later.

Barker survived a plane crash in 2008 that resulted in the deaths of four people. And he survived third-degree burns over more than half of his body. But a decade later, Travis experienced blood clots in his arm, causing another rush to the hospital.

Travis and Shanna’s 16-year-old daughter shared a photo from the hospital room earlier this week after it was reported that the drummer was experiencing stomach pain so “extreme” that he “could barely walk.” https://t.co/K3dxU77TO2

And the new health scare began when the musician got rushed to West Hills Hospital and Medical Center on Tuesday. After getting examined there, Barker went to Cedars-Sinai Medical Center in Los Angeles, California. As a result of a colonoscopy procedure, he suffered pancreatitis. Barker’s daughter Alabama thanked fans for their prayers and love.

Tell us what you think. Do you feel surprised that Travis Barker’s ex-wife made such a lengthy public statement about his health rather than sharing her wishes for his well-being privately? And after you share your views, check back on our site for more celebrity news.