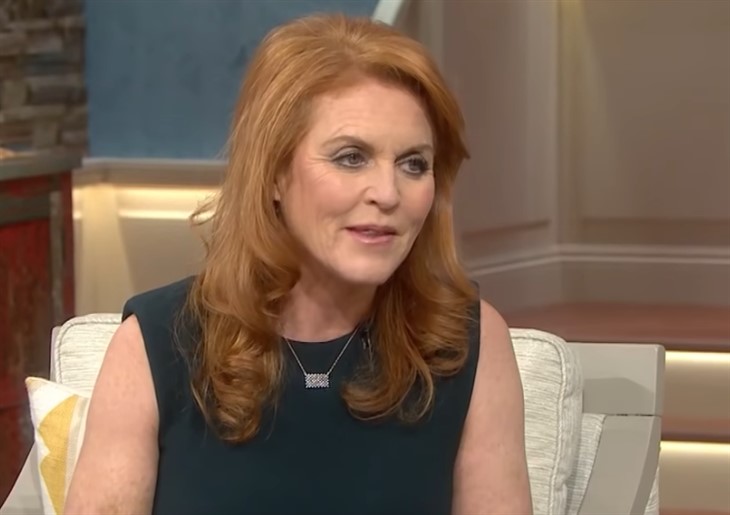 Sarah Ferguson returned to Instagram for the first time since Prince Andrew caused a stir using the duchess’ social media account to sidestep his royal banishment.

The Duchess of York shared on Instagram Tuesday, April 5 about her experience in Albania where she was invited by the emergency relief organization IsraAID. Continue reading and we’ll give you the details.

According to Hello! Magazine, Sarah shared a series of images depicting her with several Afghan refugees. In one of the images, we see Fergie holding up a sign that reads, “To world! Afghan girls matter! They have rights to study!”

In the caption for the images, the royal refers to her companions as “friendly and kind people, including Goula Fruz, a senior policewoman who fled for her life together with her two sisters and is now a refugee in Albania; Fatima (in a mask) a star of the all-girls national cycling team of Afghanistan, with Samim and Mujtaba…two university friends, as well as Beheshte and 14 year old Iqbal, the daughter of the Mayor of Kunduz, who, due to lack of spaces, were separated from their father and family who remain in Afghanistan.”

The duchess said that when she arrived, she had the privilege of meeting extraordinary people including “a top female judge, other women leaders in their respective fields, the all-girls national cycling team, doctors, long serving military, mothers, fathers, and children, some who had been separated from their parents.”

She then went on to share stories of some of the people she was privileged to meet, including a police officer, now a refugee in Albania, who had to flee “for her life.” Another story involved a woman named Halima who had to flee Afghanistan with five children as well as one on the way.

These posts come days after the Duchess of York took to Instagram to share her ex-husband Prince Andrew’s reflections on the 40th Anniversary of his time in the Falklands War. In the war, the prince served as a co-pilot on a helicopter.

The Bottom of the third post, which read, “Written by HRH The Duke of York” created quite a stir as HRH is a title he no longer has the right to use since being forced to step down from royal life. Be sure to stay caught up on all Royal Family News and return here often for more spoilers and updates.