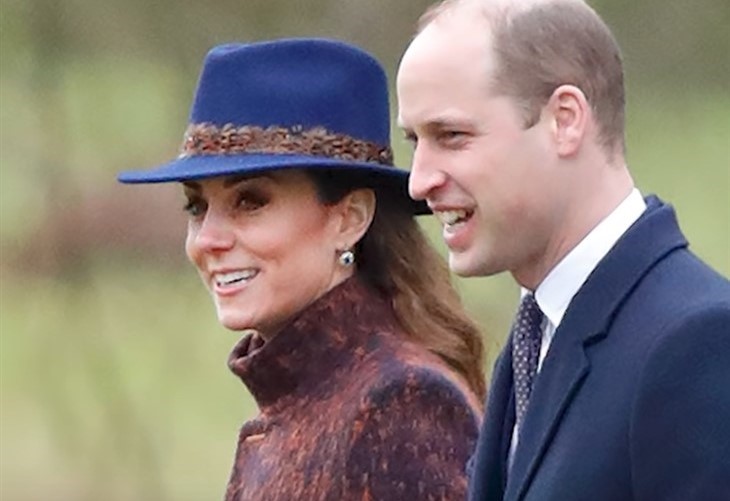 The Duke and Duchess of Cambridge have already announced quite a few exciting royal engagements for March and fans are thrilled. On March 1, the pair visited Wales, where they stayed as newlyweds, on St. David’s day to celebrate the nation and its culturally diverse people.

As part of their engagement, the royal couple visited a small farm where they saw the benefits local businesses receive through their communities.

The couple, clad in casual attire, first stopped by a local farm, where they saw “firsthand the benefits that local businesses receive through their communities at this family-run farm, promoting local produce and sustainable practices.

There they petted goats, with one licking William’s hand and the other chewing Kate’s coat. The goats eagerly stood on their hind legs in order to get to shake hands with the Duchess.

During their visit, Kate and Prince William met representatives of the wider farming sector, both in Wales and the U.K., and learnt the importance of agriculture to the local economy.

The visit also enabled the Duke and Duchess to understand “how farms like this are the lifeblood of the community.”

Later in the day, the couple visited Abergavenny Market to learn firsthand the significance of local producers, where Kate changed out her flat boots and casual jacket in favor of heels and a smart coat.

They also greeted the crowds that had gathered there to catch a glimpse of them at the market. Afterwards, they joined young people at the Blaenavon Hwb, a community-focused youth centre, to make Welsh cakes.

Hwb supports the next generation by providing a place of learning for the vulnerable young people from the South Wales valley town.

Before the day ended, the royal pair took the time to plant “a tree for the Jubilee” at Blaenavon as part of the Queen’s Green Canopy, an initiative that has already seen the planting of thousands of trees to celebrate the Queen’s historic milestone.

The couple’s trip to Wales comes just a few hours after they were heartily thanked by the Ukrainian president Volodymyr Zelensky for their support amid the Russian invasion of their land.