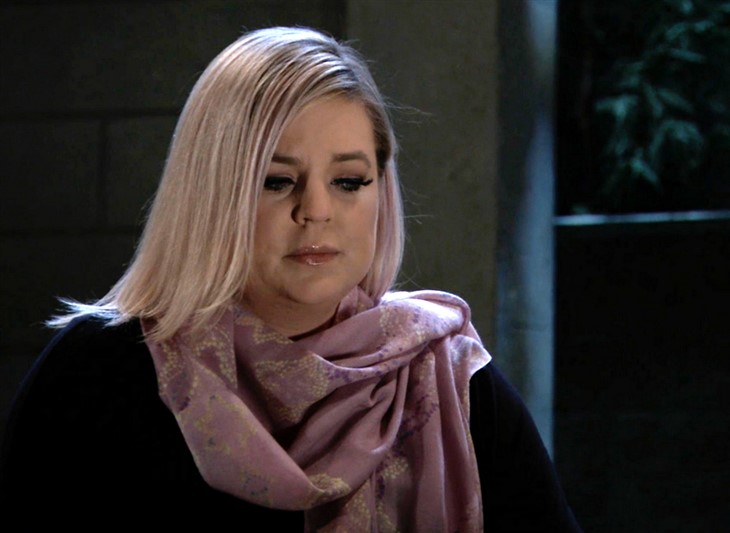 Who is Maxie Jones’ mother?  General Hospital Spoilers tease that after over a year, Maxie Jones’ (Kirsten Storms) mother is back in town. Felicia Scorpio (Kristina Wagner) may be familiar to newer viewers as Maxie’s loving mother, but Felicia’s history in Port Charles goes back decades.

Who Is Maxie Jones’ Mother? Felicia Scorpio Is An Aztec Princess!

Felicia first arrived in Port Charles looking for Aztec treasures stolen from her family. This adventure took many of Port Charles’ residents, like Luke and Robert Scorpio (Tristan Rogers) to New Mexico as they all took part in this treasure hunt. The treasure was returned to Felicia’s family eventually, but Felicia decided to stay in Port Charles because she was beginning to fall in love with Frisco. The two took part in many adventures both in and out of Port Charles. They had two children, Maxie and Georgie Jones (Lindze Letherman).

GH Spoilers – Felicia Scorpio Was Missing From Her Kids’ Lives For Many Years.

Opting to go on adventures with Frisco instead of raising her daughters, Felicia left her kids with Mac to raise. Sadly, Georgie was murdered while Felicia was gone. Both Mac and Maxie resented Felicia when she came back for Georgie’s funeral after she had abandoned them for so long. It took a very long time, but both Mac and Maxie eventually forgave Felicia for not being around while Maxie and Georgie were growing up. Mac and Felicia eventually got married and have been happily together ever since. Felicia and Maxie have also gotten very close in recent years.

One other important detail about Felicia’s past is that she was Ryan’s first obsession before he had ever even heard of Ava Jerome (Maura West). He tormented Felicia for years until he was presumed dead in an explosion. But when Ryan returned, he was disenchanted with Felicia who had become a happy married grandmother. That’s when his obsession turned to Ava. But with Ryan, one never knows. He could go back to his original desire.

What was your favorite storyline involving Felicia? Are you glad she’s back on a full-time basis? What would you like her story to be now? Anything can happen in Port Charles so stay tuned to General Hospital airing weekdays on ABC. And don’t forget to check back right here regularly for all your General Hospital news, information and spoilers!