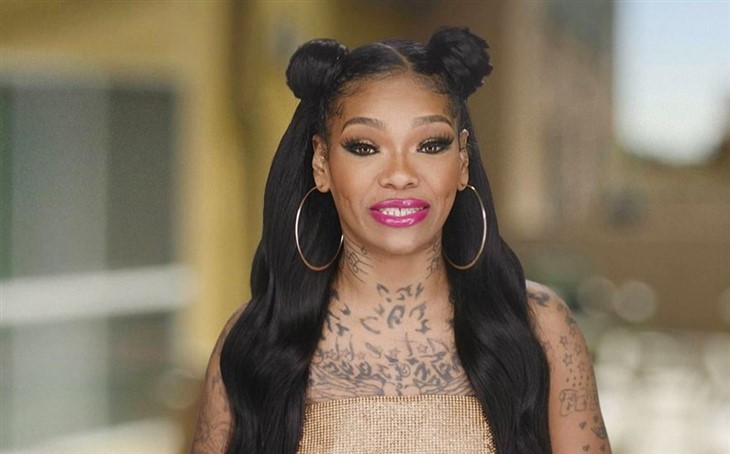 Love & Hip Hop: Hollywood fans heard some devastating rumors, and most of them have now unfortunately been confirmed. Alum Apple Watts was rumored to be seriously injured in a car accident and now her sister confirmed the news. Actually, fans fear for her life and many prayers go the way of the mom of three kids.

When tragic news arrives, it’s not always a given that people survive their encounter with fate. Fortunately, it does sound like Apple is very seriously injured, but she is still alive and fighting. Even if she makes it, possibly, Apple faces a long road to recovery as the car accident sounds terrible. While rumors have been going around that she is on life support in a hospital, that hasn’t yet been confirmed. However, her sister did confirm that the accident was very bad.

When The Shade Room shared about Apple’s accident, they gave some details on how it happened and what injuries she suffers from. It’s really bad, so if that sort of thing triggers you, then it might be best to click away now.

The caption read, “Apple’s sister confirmed to The Shade Room that she was involved in an accident as she was driving from LA to Las Vegas. The accident involved a diesel truck, and Apple’s car, unfortunately, flipped multiple times, causing her to be ejected out of the window.”

Apple Watts reportedly suffers from some really bad injuries. The admin noted, “Her sister tells us that she is unresponsive at the moment, and she suffered a fractured skull, a broken spine, and a shattered arm.” Additionally, the page asked for people to pray hard for the Love & Hip Hop alum.

Love & Hip Hop fans took to the comments section of the post and a lot of people put her on their prayer lists. One of them commented, “That’s so scary, sending love and light her way.”

Meanwhile, another fan noted, “This is soooo sad praying for her recovery 🙏🏾🥺.”

Be sure to catch up on everything happening with reality TV stars right now. Come back here often for more news and updates about Apple Watts from Love & Hip Hop: Hollywood.