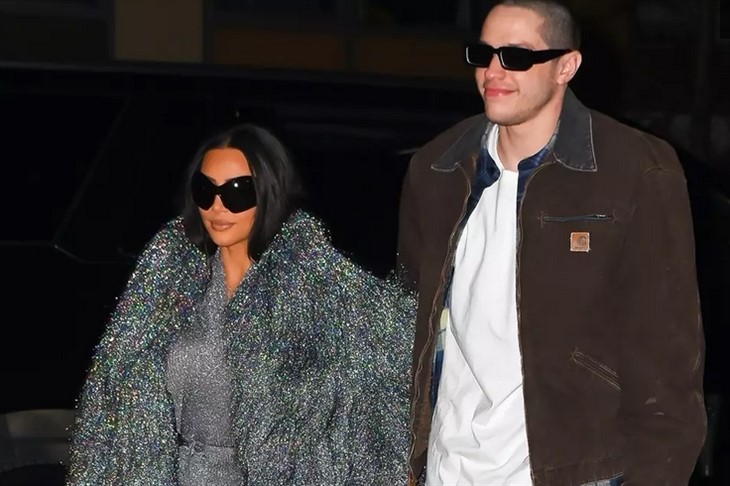 The Kardashians spoilers, news, and updates tease that Kim Kardashian and Pete Davidson were back at the City of Angels after a fun New York journey.

Last October 2021, Kim Kardashian was rumored to be romantically involved with the Saturday Night Live (SNL) comedian, Pete Davidson, after they were seen together hand in hand at Scary Farm in Buena Park, California. They also shared a kiss when Kardashian made her hosting debut on SNL.

In her recent interview with Ellen DeGeneres, the mother-of-four talked about her relationship with Davidson, which she officially confirmed on social media when she posted a picture of them together. “I have the cutest pictures of us and I want to be like, ‘Oh my God, we’re so cute,’ but then I’m like, ‘Don’t be so desperate. Don’t be posting so much, just give a glimpse,” Kardashian stated.

After their short New York trip, the couple was seen returning to Los Angeles on Tuesday. Kim Kardashian was captured slaying her full black outfit, a ponytail, and completed her look with black sunglasses while Pete Davidson rocked his gray hoodie and black sweatpants.

Just last March 19, Kardashian made her way to Florida to bring out her SKIMS Swim pop-up shop in Miami. She displayed an all-pink get-up from her coat down to her boots. Fans were delighted when the reality star brought her bubblegum-hued look on social media, sending out heart and fire emojis, and giving her compliments about her outfit.

One fan commented, “Pink suits you the best!” An Instagram user said, “Yes, love. You are beautiful.” Another one chimed in, “Slaying as always!”

Meanwhile, as Kardashian spent her weekend in Miami, Davidson decided to have a “wild” boy’s night with Scott Disick and some friends. Disick took to his Instagram story a hilarious video of Davidson filming his friends sleeping while watching Sandra Bernhard’s “The King of Comedy.”

During her appearance on The Ellen Show, the SKIMS founder revealed Davidson’s body art in honor of her. When asked if Kardashian will do the same, a source told Hollywood Life that getting tattoos is something that the reality star was never into.

“Kim is going to leave all the tattoos and branding to Pete and she won’t repay the favor on getting her own. Kim is going to show her love for Pete in other ways rather than putting stuff on her skin,” stated the source.