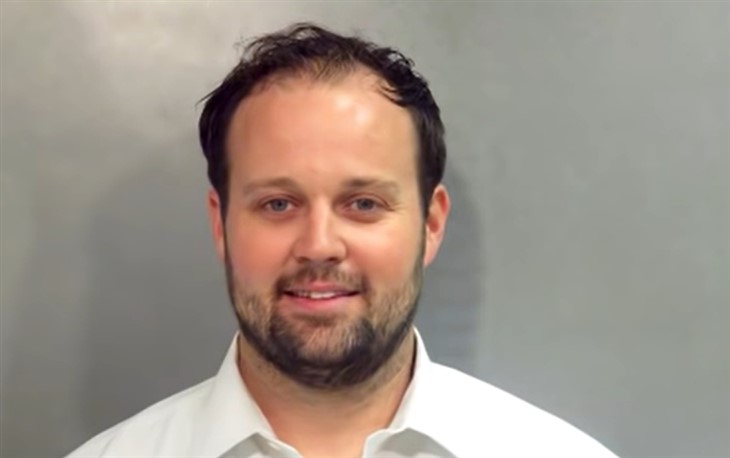 Josh Duggar seems to have developed a talent for getting linked to scandals. But the oldest son of Jim Bob and Michelle Duggar also has succeeded in creating a mindset that proclaims his innocence. And now, as Josh awaits sentencing for his child pornography crimes, the “19 Kids And Counting” alum has begun whining about his jailhouse treatment.

Life just doesn’t seem fair, according to Josh Duggar. And in particular, the oldest Duggar son feels that the Washington County Correctional Facility that houses him doesn’t treat him fairly. To try to improve his situation, Josh filed a motion to postpone his upcoming hearing, per Radar.

In that motion, Duggar complained that he needed to delay the sentencing hearing to determine his future. He sought that delay based on what Josh sees as mean rules related to the COVID-19 pandemic. Due to those guidelines at the jail, Duggar feels that he didn’t get to visit with his lawyer whenever he so desired.

But some see his complaint as an empty attempt to postpone the upcoming sentencing in his criminal case. And it’s not the first time that Josh has sought ways to procrastinate. Ever since Josh got ruled guilty on two counts of receiving and possessing child pornography, he has looked for ways to proclaim his innocence.

Josh Duggar – What Does The Future Hold For Josh Duggar?

On April 5, 2022, the Arkansas federal court will determine the appropriate sentence for Josh Duggar. And if his lawyer fails to find a way to get his client ruled innocent, Josh could face up to two decades in prison and fines as high as $250,000. But that sentencing could get postponed if the court takes his complaints seriously.

As for how Duggar’s lawyer voiced Josh’s complaints, he agreed that the COVID-19 precautions at the reality TV star’s jail have made it “more difficult scheduling meetings with Duggar than during more ordinary times.” To overcome that challenge, the attorney asked for the hearing to get pushed out by a month. That delay would supposedly give them enough time to collect more ammo to defend Josh.

Tell us what you think. Do you feel that a judge should give Josh Duggar more time to try to find ways to defend himself? After you’ve shared your views, check back on our site for more reality TV news!