Jessa Duggar Getting Flack Once Again Over Her Parenting 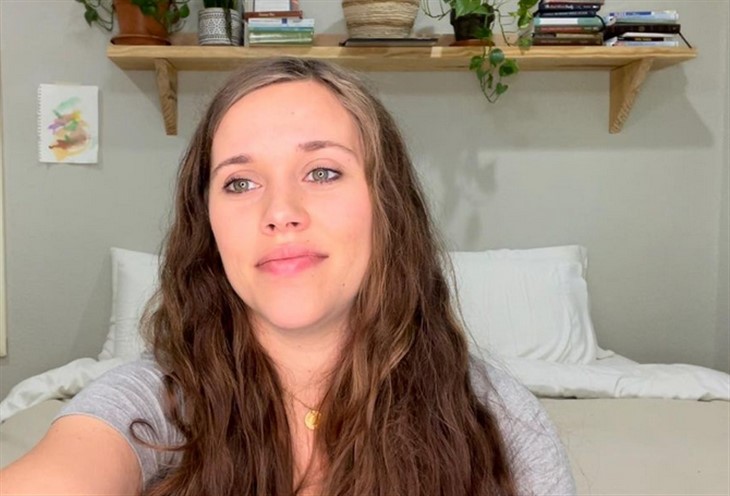 Since Josh is currently behind bars, it seems fitting that a member of the Duggar family will do something that will catch the eyes of their fans, whether good or bad, just so they can stay relevant.

It’s true that this family practically grew up in front of cameras and, even though their reality show has since stopped, one or two members of the Duggar family, if not all will definitely do something with their camera on, live online, so they can either be praised or criticized. Not that they care about the criticisms they mostly get but, at this point, all they need is attention and they seek it the only way they know how which is by letting the world see how they go about their lives.

Well, this time around, the person on the receiving end of criticism is Jessa Duggar Seewald who is one of the eldest daughters of Jim Bob Duggar.

Jessa Duggar — What Did You Do This Time?

When it comes to fans’ critics about how Jessa takes care of her kids, Jessa has had enough to last her a lifetime.

One time, Jessa made an Instagram video in which her kids can be seen playing with a toy gun, while in another, her toddler daughter is inside the fridge chugging a bottle of milk. Fans quickly expressed their concerns for the children, but it seems that Jessa is not in the least bit worried.

Another occasion where fans questioned Jessa’s parenting skills was in a footage that showed her three eldest children eating pizza on an asphalt driveway (via The U.S. Sun). The kids weren’t eating on plates and fans were concerned that their makeshift dinner spot was too dirty. Jessa shared they were simply having a picnic, but fans were thinking she could have at least put down a blanket for the kids to sit on.

Recently, fans found yet another thing to be concerned about when it comes to Jessa’s parenting and living conditions.

The clip that has fans talking shows Seewald giving birth on her couch, with just a puppy pad and a towel for coverage. One commenter stated, “This is just so gross to me. That couch has to be disgusting, especially considering how she hemorrhages. That little pad, no way it soaked up everything. This is why I go to a hospital where they change out all that nastiness every chance they get.”

Another added, “I’d swap it with a waterproof sheet and more than one of the puppy pads.”

It doesn’t seem that Seewald commented on the controversy that has resurfaced years later.
Jessa Duggar’s Absence At Jill’s Baby Shower

One of the Duggar daughters Jill Duggar is currently pregnant for her third child, in fact, Jill will be due by July. Recently, Jill threw a baby shower for her baby but most of her family members were evidently unavailable at the ceremony.

It’s possible that, due to the fact that Jill is gradually pulling out of the religion she knew all her life courtesy of her family, she is viewed as the black sheep of the family. The Duggar dynasty are known for not putting on pants or baring their arms that is, for the female counterparts but, Jill is gradually letting go and allowing herself go astray, recently Jill has been putting on pants and baring her arms in public and, shocker! Jill got a nose piercing!.

Could this be the reason why majority of Jill’s family went MIA at her baby shower? Jessa for a fact was at the art exhibit on the day of Jill’s baby shower, this is the truth because Jessa left the proof online.

Be sure to catch up on everything happening with Jessa Duggar right now. Come back here often for all the Jessa Duggar’s spoilers, news, and updates.

Days Of Our Lives (DOOL) Spoilers: Does Will Discover That Leo Stole Abby’s Jewelry?