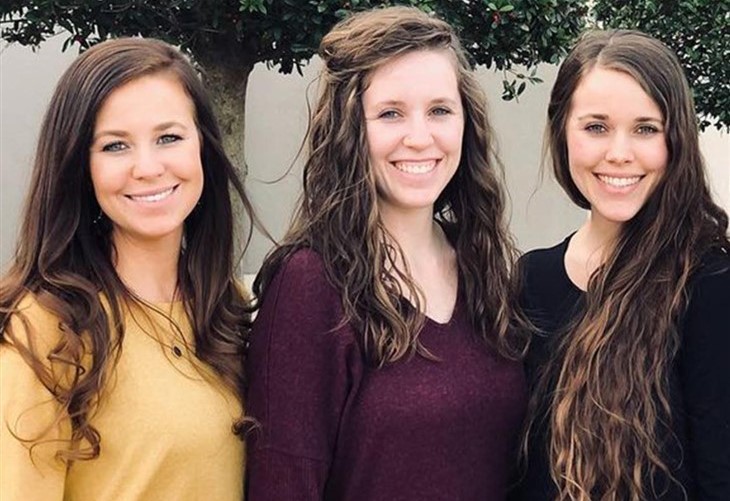 “Counting On” stars Jana, Jinger, and Jill Duggar reportedly feel the same way about their oldest brother Josh Duggar. And his upcoming sentencing trial for child pornography gave them the chance to unite. The sisters appear to have gotten together and made a joint decision about their social media. But beyond that, several Duggars got together for a group breakfast!

Find out what Jinger, Jana, and Jill agreed to do as Josh’s sentencing trial nears. And see who attended that Duggar family breakfast. Get the newest Duggar family news below!

For instance, Jill Duggar has slammed Josh in the past. But now the 31-year-old has stepped back from her social media platforms and gone silent. And Jinger Duggar, 28, has followed her sister’s lead. Jessa Duggar, 29, similarly went silent on social media as it comes down to hours before Josh’s sentencing trial.

And the social media silence from the sisters contrasts dramatically with Josh’s mother Michelle Duggar and wife Anna Duggar! Both Michelle and Anna went all out in penning letters pleading with the judge for leniency in the trial. But as Anna and Michelle get vocal protesting Josh’s innocent, the majority of Josh’s sisters as well as his brothers refuse to support him before his Wednesday, May 25, sentencing hearing for child pornography.

Duggars – Get Together For ‘Counting On’ Breakfast!

Josh previously survived child molestation and infidelity scandals. But now Michelle and Jim Bob Duggar’s oldest son sits behind bars awaiting his trial for receiving and possessing child pornography. And it looks like some of his siblings united not to support Josh but to enjoy a family (minus Josh) breakfast, reported the Sun.

However, Jason did not comment on Josh’s upcoming trial in the video. Since receiving guilty verdicts of receiving and owning child pornography, Josh has fought to prove his innocence. But his failure has turned into seeking a shorter sentence. For instance, Josh believes he should spend no more than five years in prison. But the prosecution has argued that Josh deserves the maximum sentence of two decades in jail.

Tell us what you think. Do you feel that the Duggar sisters made the right decision to maintain social media silence before Josh Duggar’s sentencing trial? And after you share your views, check back on our site for more celebrity and reality TV news!