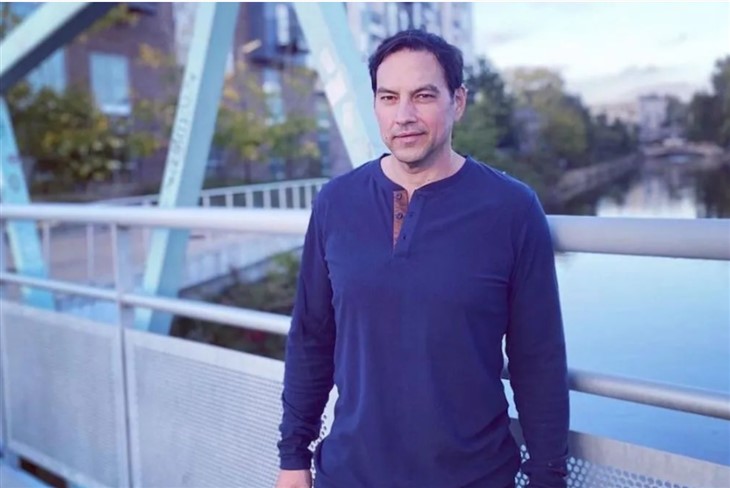 Days Of Our Lives (DOOL) spoilers and updates tease that Tyler Christopher is keeping himself busy. The actor took to Instagram to share a photo of him all dolled up and ready for work. Fans are now wondering if Christopher’s new gig has something to do with Days Of Our Lives or General Hospital.

On January 24, the actor shared a photo of him wearing a suit while having his makeup retouched. The Instagram post, which has now been deleted, was captioned, “new look in studio.”

Christopher took down the photo the day after he posted it. But by that time, his fans were already speculating whether he was returning to one of the soap operas that he’d previously been a cast member of.

Some of his followers thought he’s returning to General Hospital as Nikolas Cassadine. However, given that Marcus Coloma has already filled in the role, it’s unlikely that he’ll be playing the character once more.

Others thought that maybe he was returning to Days of Our Lives as Stefan DiMera. However, the show killed off the character and Brandon Barash, the actor who took over the role, returned to the screen as Stefan’s twin, Jake.

Although nothing is impossible in the world of soap operas, it doesn’t seem like Christopher is returning to any of these shows any time soon. In a different Instagram post, the actor shared another photo where he’s with a group of colleagues and captioned it, “Sometimes Mondays rock.”

The photo was originally shared by Ashford J. Thomas who captioned it, “Great cast, great crew, great shoot.” The actor and writer teased about a new feature film, which Christopher is part of, that will hit the big screen soon.

Chloe Lane (Nadia Bjorlin) will demand answers from Craig Wesley (Kevin Spirtas) after she overhears him calling the other person he was talking to over the phone as “honey” and that he misses this person, too.

Chloe catches him lying since he previously said that the call was about a patient. Chloe will be heartbroken when she realizes that Craig was lying to Nancy Wesley (Patrika Darbo) all along. The latter now believes that there’s nothing wrong with her marriage but that couldn’t be further from the truth.

Craig has been caught redhanded and he can longer lie his way out. He’ll have no choice but to come clean to Chloe about not one, but two secrets. He may admit that he’s gay and he’s having an affair with a man.