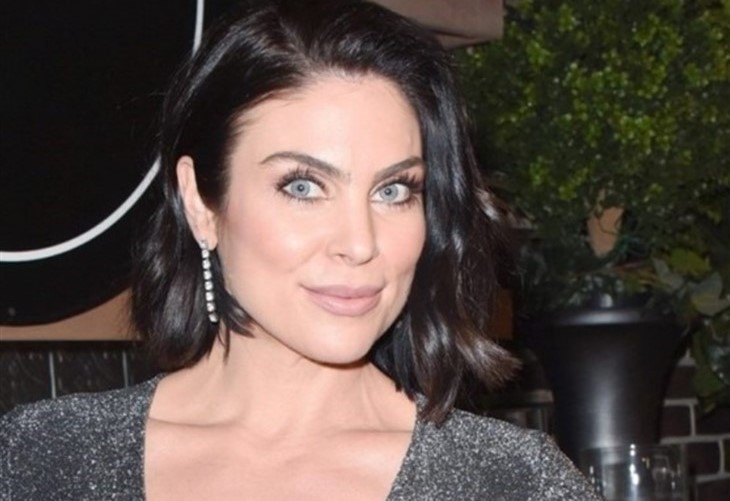 Days of Our Lives spoilers reveal that Nadia Bjorlin was introduced as Chloe Lane on November 24, 1999. This marks her 22-year anniversary of playing the character in the NBC soap. Chloe certainly has gone through a lot over the years and had quite the memorable beginning and continues to be a fan favorite.

DOOL spoilers reveal that Chloe didn’t have the typical introduction in the NBC soap. Chloe lived in an orphanage until Nancy Wesley (Patrika Darbo) and Craig Wesley (Kevin Spirtas) took her in. What Nancy was keeping a secret from everyone, including her own husband, was that Chloe was the child she gave up.

Chloe had problems with the other Salem teens in the beginning, especially Mimi Lockhart (Farah Fath) and Jan Spears (Heather Lindell). Chloe was shy, withdrawn and wore an oversized black cloak with her long, dark hair covering her face. This is how she earned the nickname “Ghoul Girl.” However, she would shock everyone when she finally showed what she really looked like… which was stunning. Chloe also wowed everyone with her soap opera singing.

Days of Our Lives spoilers reveal that over the past 22 years, Chloe has been through a lot. Chloe was attacked by her own best friend, Nicole Walker (Arianne Zucker). While having surgery, Nicole intentionally gave Chloe a flesh-eating bacteria. There were Chloe’s love triangles and relationships, one of which gave her Parker Jonas (last played by Christian Ganiere).

Chloe agreed to be a surrogate for Nicole, but then Daniel Jonas (formerly Shawn Christian) died. Chloe secretly tried one last time to get pregnant for Nicole and Daniel right before she learned of the doctor’s fatal car accident injuries. However, she kept this a secret for months and when Nicole found out that Chloe was carrying her child, Holly Jonas (last played by Elin Alexander), the two would fight over custody.

Right now, Chloe is in another love triangle, this time with Philip Kiriakis (Jay Kenneth Johnson) and Brady Black (Eric Martsolf). Chloe will eventually become part of Marlena Evans’ (Deidre Hall) possession storyline in some way. It is also teased that Kristen DiMera (Stacy Haiduk) will once again target Chloe as she gets closer to Brady.

Congratulations to Nadia Bjorlin on being Chloe Lane for 22 years! What is your favorite storyline of Chloe’s and are you glad she returned to the NBC soap? We will keep you posted with new developments and updated information as it becomes available.