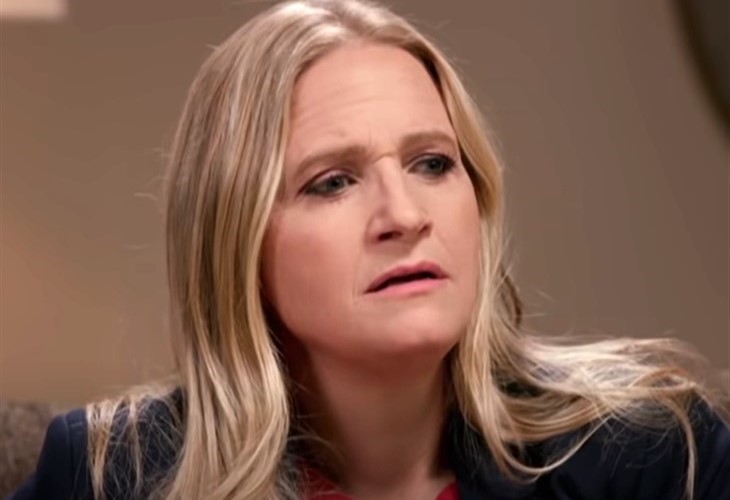 Sister Wives spoilers and updates revealed that Christine Brown left Kody Brown and moved back to Utah. Well, did she keep her piece of ground on the Coyote Pass property? Recall, she once said that she heard “Angels singing” there. But, that changed after Kody stopped giving her any intimacy and she kicked him to the curb. The answer came from her son, Paedon, who spills a lot of tea right now.

Sister Wives – Christine Brown Got Her House In Flagstaff

The first indication that TLC fans got that problems brewed between Kody and Christine came when he signed over the full title to her house. While Janelle rented a place before moving to Coyote Pass to live in her RV, Christine purchased a nice home in the area. Meri rented, but Robyn ended up with a mansion. If you don’t know, each wife might own property, but Kody is also registered as an owner. So, it seemed very unusual that she got full rights to her own home.

Sister Wives fans heard that later, Christine Brown put her home up for sale and she unloaded it really fast. During Season 16, TLC fans saw that she boxed up Kody’s stuff and put it in her garage. During the Tell-All, he seemed shocked that she did that and said that one of the kids leaked the news to him. Anyway, she moved off, but does she still have her part of the big property where Kody wanted to build his mansion?

Christine Brown’s son Paedon has become a mine of information recently. Actually, the only son of Christine and Kody has become extremely active on TikTok and Instagram. There, he answered a lot of questions that TLC fans were itching to know about. “According to Paedon, Christine Brown doesn’t have Coyote pass in her future. He said that she no longer owns land there anymore. So, this Sister Wives’ son confirms that his mom sold out to his dad.”

Of course, if Christine sold her home and now sold off her piece of land in Flagstaff, Sister Wives fans might wonder where Christine Brown stays when she visits Flagstaff. Bear in mind, Kody has a custody arrangement with his ex-wife. As he lives with Robyn, it seems unlikely that Christine would stay there. Nobody is 100 percent sure how Meri gets along with his previous 3rd wife. Certainly, it’s not likely that she can fit into Janelle’s RV.

Sister Wives  – Will Kody Ever Develop The Property?

Sister Wives fans saw that for years now, nothing happened on the Coyote Pass. However, this spring, when Janelle said that her son Garrison helped her prepare to return to the place for the summer, some logs and planks were stacked in the background.