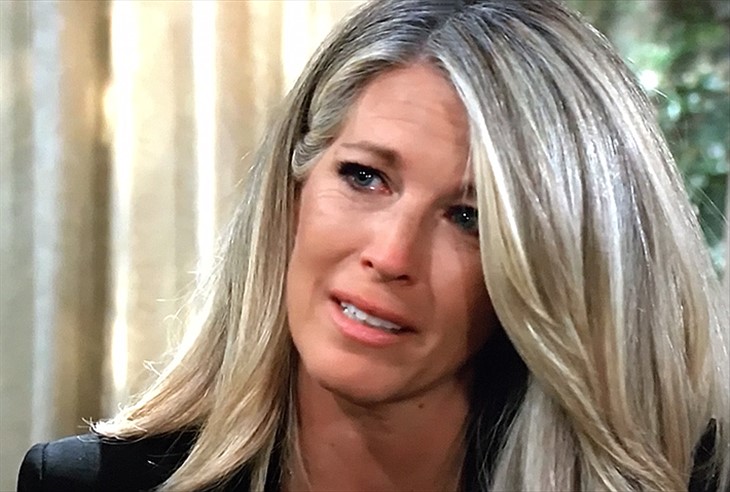 GH spoilers reveal that during the week of April 25, Harmony is caught burning a file. This specific file will expose all kinds of dirty secrets that Harmony never wants to get out. Carly finds Harmony burning the file when she goes to see Alexis Davis (Nancy Lee Grahn, temporarily recast with Stephanie Erb).

It is teased that Harmony will end up attacking both Carly and Alexis. It is confirmed that Harmony’s secrets get exposed, but that doesn’t mean she goes to prison.

The last thing that Carly wants is for Nina Reeves (Cynthia Watros) to get visitation with Wiley. Willow and Michael Corinthos (Chad Duell) are fighting Nina in court to prevent it. While Nina has an emergency meeting with Scott Baldwin (Kin Shriner), Harmony could make a deal with Carly.

If there is one thing that Carly would love, it’s to make Nina pay for what happened with Sonny Corinthos (Maurice Benard). Perhaps Harmony will agree to lie in court to stop Nina from getting visitation. Another possibility is that Harmony offers to take Nina’s life.

General Hospital spoilers for the week of May 2 reveal that Carly and Michael try to watch what they say around Wiley. As fans know, kids always tend to repeat what they shouldn’t. Even though Carly and Michael will try to be careful, Wiley might overhear something anyway. It is hinted that Wiley could end up repeating something that shatters Willow’s world.

It’s possible that Carly only tells Willow that Harmony attacked her and Alexis. Carly might not inform Willow about Harmony’s parentage lie. Willow might also have no idea about Harmony’s other secrets. It is teased by the end of next week, Willow will be in complete disbelief. Willow just might find out everything, including Carly’s deal with the devil. How will this change Willow’s relationships with Harmony, Michael, Carly, and Nina?

What do you think is going to happen after Harmony attacks Carly and Alexis? Will Carly make a deal with the devil to eliminate Nina? Will Wiley end up repeating something he shouldn’t? Share your theories and remember to keep watching the ABC soap to find out what happens next.