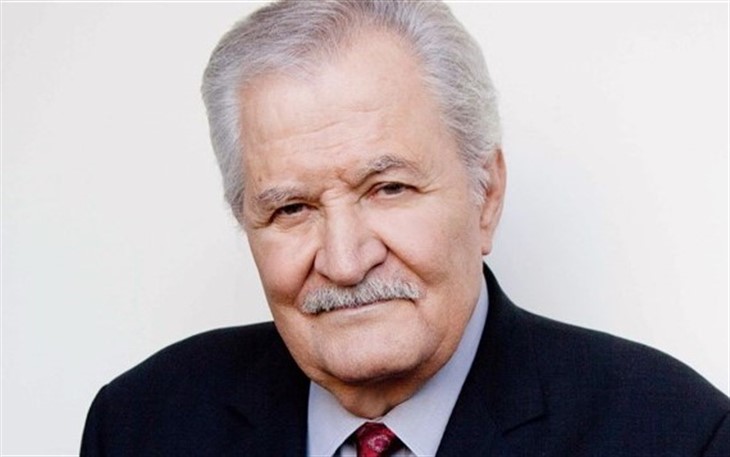 John Aniston, famed for his leading man roles on popular TV shows like Days Of Our Lives, hasn’t slowed down despite his age. Instead, the actor continues to demonstrate his dramatic skills at age 88. In addition to Days Of Our Lives, Aniston starred in Search For Tomorrow and Journeyman, per IMDB.

Born on July 24, 1933 in Crete, Greece, John’s parents named him Yannis Anastassakis. But as Hollywood insiders know, stage names rarely reflect those that the stars received at birth. Find out more about John Aniston and how he turned into one of Days Of Our Lives’ fan favorites below.

After earning a B.A. in Theater Arts from Penn State University, John Aniston gradually made his way through the ranks of Hollywood to his current role on Days Of Our Lives. But before joining the Days Of Our Lives cast, he appeared on Search for Tomorrow. And one reason for the actor’s ability to portray a wide range of emotions and different characters lies in his theatrical background.

After his debut performance in the Broadway musical “Little Mary Sunshine” and the Hollywood production of Arthur Miller’s “Death of a Salesman,” Aniston performed in more than 40 different theater productions. Those varied experiences helped John make the most of his current character on Days Of Our Lives.

Actors often credit having families to help keep them on an even keel. And John Aniston agrees. Since June 1984, John has been married to Sherry Rooney. Prior to that marriage, Aniston tied the knot with Nancy Dow.

The Days Of Our Lives actor has two children, Jennifer Aniston and Alexander Aniston. John, who took the real life role as Brad Pitt’s father-in-law prior to Jen’s divorce from Brad, speaks fluent Spanish and Greek.

In addition to Aniston’s theatrical experience, John served in the United States Navy as an intelligence officer on active duty in Panama. Later, the actor served in the reserves, earning the rank of Lieutenant Commander. Aniston’s closest friend was Telly Savalas, who later became the godfather of John’s daughter Jennifer Aniston.

Days Of Our Lives – Surprising Facts About John Anistion

Fans of the Days Of Our Lives actor might assume they know all about him. But here’s an fascinating tidbit of trivia. As revealed in the DVD commentary from the first season of “The Mary Tyler Moore Show” (1970), John Aniston planned to portray Ted Baxter! Instead, producers auditioned Ted Knight and gave him that role.

And for those who have noticed Aniston seems particularly skilled at acting with women, there’s a good reason. John has two sisters, Mary Aniston and Helen Aniston. We suspect that his daughter Jennifer also may have guided her famous father behind the scenes!

Last but not least on John Aniston-related trivia: Prior to becoming a Days Of Our Lives cast member as Victor Kiriakis, John actually tried out for a different role! Aniston hoped to win the role of Doug Williams on Days Of Our Lives. But now both the actor and his fans feel grateful that he landed the part of Victor.

One of Aniston’s favorite personal quotes reveals the 88-year-old actor’s philosophy about acting. “This is a business. Be smart. Choose wisely,” advises John. What do you think about Anistion still going strong on Days Of Our Lives at 88? Share your views with us. And then check back on our site for more Days Of Our Lives news!