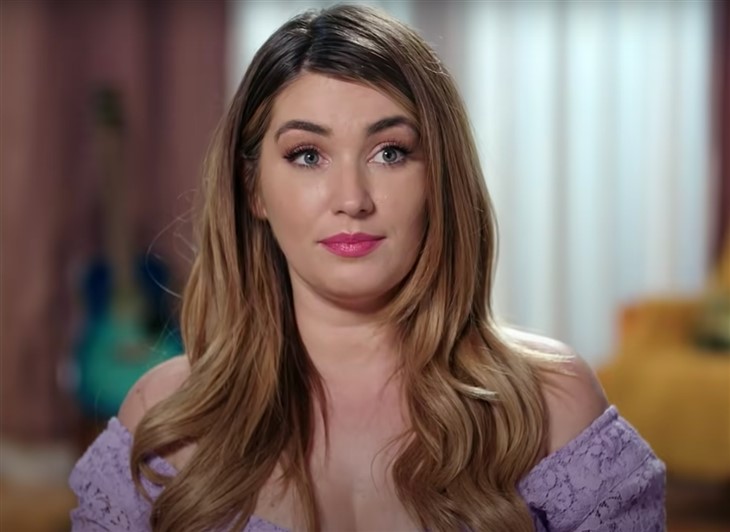 90 Day Fiance fans might feel grateful for small mercies, as Stephanie Matto appears to draw the line with her bizarre behavior. “Bizarre” is how so many TLC fans described her fart jar sales that started in November last year. She didn’t invent the craze, but she really profited from it. Now, she admitted that even she has her limits.

Stephanie earned herself a lot of haters when they first saw her with Erika Owen in The Other Way. Recall, they were allegedly the first same-sex couple in the franchise. However, she seemed uneasy with intimacy with Erika. So, folks labeled her a fraud.

One thing they do like though is that she called out TLC for 90 Days: The Single Life. Stephanie claimed it’s “a little bit manipulated.” Someone who sells genuine farts in a jar probably feels unhappy with duplicity.

90 Day Fiance star Stephanie climbed in on a trend that Alex Ramírez-Mallis started. He felt that “If people are selling digital art and GIFs, why not sell farts?” Well, it worked out to be profitable for him, according to The New York Post. When Stephanie also started doing the fart thing, TLC fans seemed shocked but unsurprised.

Erika Owen’s ex was probably the first TLC star to advertise farts in a jar. Mind you, she also seemed to be the first one who introduced the concept of racy OnlyFans to other cast members. Unfortunately, after making about $200K selling farts, she ended up in the A&E.

90 Day Fiance Spoilers – Even Bizarre Stephanie Matto Has Her Limits

On Instagram, the news came that the rather bizarre practice of selling farts in a jar saw Stephanie rushing to the doctor. She suffered so much pain from her gassy diet, that she thought she had a heart attack. So, she retired and started selling farts in a jar NFTs. Actually, she’s rolling in cash right now.

90 Day Fiance star Stephanie took to her Instagram again this week and told her TLC fans that she has some limits. Obviously, her DMs fill up with fetish lovers. Thankfully, she told her fans that she won’t consider selling “p–p in a jar.”

The TLC star noted that she’s never done that before, and she’s not doing it now, either. Then she added, “That’s too far. Sorry. Even for me.” Fans couldn’t comment on the story but did comment on her farts in a jar NFTs.

The 90 Day Fiance star claimed she earned a lot of money. One fan noted, “Imagine, on your gravestone it will say “sold farts in a jar” what a legacy to leave.” Then, one very practical person asked, “How much do you pay in taxes for these?”