How Many Husbands Has Sharon Newman Had On The Young And The Restless? 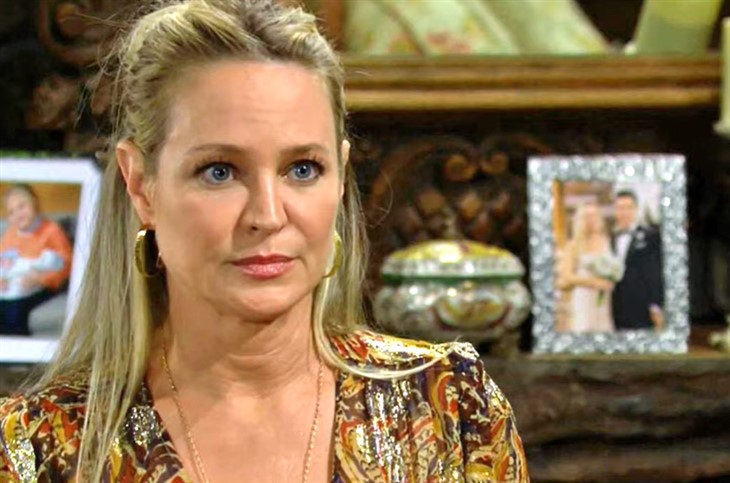 The Young and the Restless spoilers reveal that Sharon Rosales (Sharon Case) is currently married to Rey Rosales (Jordi Vilasuso). However, it isn’t her first marriage, not by a long shot. Just how many husbands has Sharon had on the CBS soap? Keep reading to find out, as well as to discover if this marriage is doomed like all her other ones.

Y&R spoilers reveal that Sharon and Rey just celebrated their first wedding anniversary. However, the relationship already seems like it’s in trouble. Sharon can’t help but notice how connected and close Rey has become with Chelsea Lawson (Melissa Claire Egan).

Sharon is already starting to become worried and suspicious that Rey might be getting too close to Chelsea. However, she hasn’t said anything… at least, not yet.

While Rey and Chelsea are becoming closer, Sharon has been reconnecting with Nick Newman (Joshua Morrow). Sharon and Nick were high school sweethearts and were formerly married. Nothing romantic is happening between the two.

However, Nick is going to Sharon more and more for advice. Plus, she threw Nick a birthday party with their kids and their significant others in attendance. With that being said, Rey was not there. Even Phyllis Summers (Michelle Stafford) has noticed how easily Nick is able to talk to Sharon.

The Young And The Restless Spoilers – How Many Husbands Has Sharon Newman Had?

The Young and the Restless spoilers reveal that Rey is Sharon’s sixth husband. In 1995, Sharon married Nick and the relationship lasted until 2006. Next was Jack Abbott (Peter Bergman), but the marriage only lasted two years.

Sharon then tied the knot with Adam Newman (Mark Grossman) but the marriage only lasted one year. For two years, Sharon was married to Dylan McAvoy (Steve Burton).

Sharon married Victor Newman (Eric Braeden) not once, but twice. So, even though Sharon has been married to six different men, she’s actually tied the knot seven times.

In addition to the six men that Sharon has married over the years, she has been involved in many more romances. Those include Frank Barritt (Phil Dozois), Diego Guittierez (Greg Vaughan and Diego Serrano), and Cameron Kirsten (Linden Ashby).