GH Weekly Spoilers: Getting The Goods On Esme, More Wrong With Willow 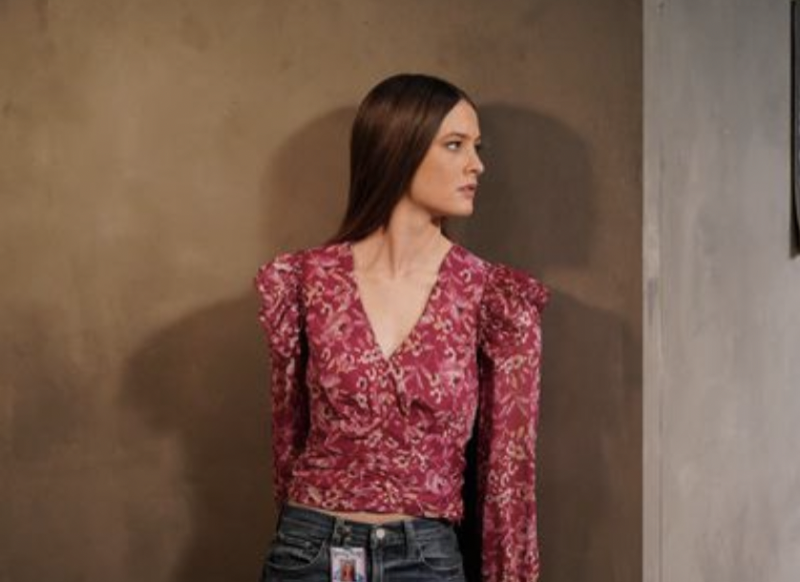 As Trina’s (Tabyana Ali) trial gets underway, your favorite Port Charles pals FINALLY decide to do something to prove her innocence, which could have and should have been done months ago. But at least they are doing something now.

Spencer Cassadine (Nicholas Alexander Chavez) tries to get Esme Prince (Avery Kristen Pohl) to confess to her crimes by dangling the idea that he found her real mother. Too bad he is not aware she knows who her real father is.

Curtis Ashford (Donnell Turner) and Marshall Ashford (Robert Gossett) also do not have much luck now that the man who sold Esme the phone is not willing to cooperate. This may be up to Diane Miller (Carolyn Hennesy) and Diane Miller alone to plant reasonable doubt in the minds of the jury.

Willow Is Not Ok

Willow Tait (Katelyn MacMullen) may want to believe all of her most recent symptoms have been because she is pregnant, but TJ Ashford (Tajh Bellow) is sure there is something else and has to inform her that there was something off with one of her blood tests. Willow doesn’t even bother telling Michael Corinthos (Chad Duell) about this because why worry the precious man?

Clearly, there was a real reason she passed out several months back and it wasn’t because she is pregnant. Will whatever is wrong with her affect her baby and make Carly Corinthos (Laura Wright) confess that Nina Reeves (Cynthia Watros) is her mother?

Anna Devane (Finola Hughes) may have it bad for Valentin Cassadine (James Patrick Stuart), but now that she knows he lied about how long he was in a rehab center, she firmly rejects him and he doesn’t understand why. Britt Westbourne (Kelly Thiebaud) also firmly rejects Cody Bell (Josh Kelly), as she should, but Maxie Jones (Kirsten Storms) wants to step in and help.

Speaking of Maxie Jones, her new man, Austin Gatlin Holt (Roger Howarth), gets a weird text message that leads to some strange behavior she can’t figure out. Maybe she should figure out that this is not the man for her at all. They have zero chemistry and he is clearly keeping a massive secret. Stay tuned to General Hospital weekdays to see how these stories play out.

B&B Weekly Spoilers: Finn Fights As Everyone Searches For Sheila