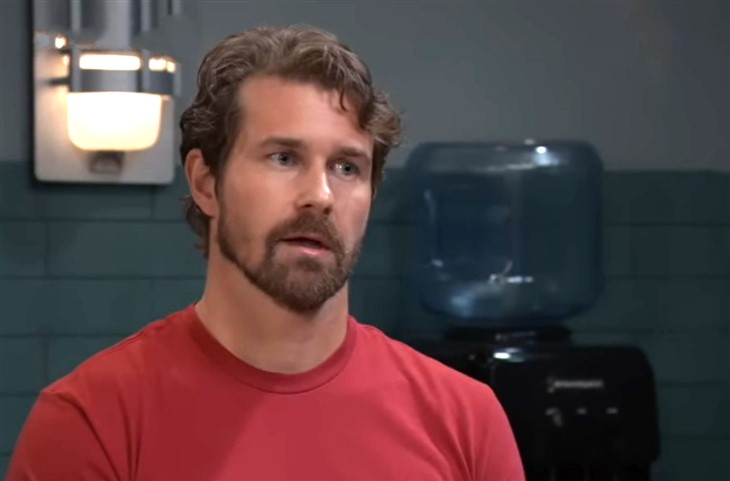 General Hospital spoilers reveal Cody opens up to Dante. Does he tell him the truth about Mac Scorpio (John J. York)? Cody recently had a DNA test done to prove who his father is. However, Cody lied about the test results and told Mac that he was not his father. However, Cody has ulterior motives for claiming Leopold Taub (Chip Lucia) as his father.

Cody also wants to be close to Britt. However, Cody blew that when Britt told him to take the necklace and leave with it. Cody had no idea what was bothering Britt at the time. Unfortunately, Britt had just learned how far her Huntington’s Disease has progressed. Britt knows that her time is ticking away and wanted someone to lean on, Cody certainly did not fit the bill.

Terry senses something is off with Britt. Will she get Britt to fess up? Terry doesn’t know about Britt’s Huntington’s and she certainly doesn’t know how far it has progressed. However, Terry and Britt have become friends so she knows that something isn’t just right. Will Britt think Terry is prying or will she finally open up to someone who really cares about her?

Victor Cassadine (Charles Shaughnessy) delivers a surprise. Victor is full of dangerous shockers. Fans know that Victor is looking for the Ice Princess necklace that Holly Sutton (Emma Samms) supposedly escaped with. Victor also has Ethan Lovett (Nathan Parsons) held hostage. Will Victor’s surprise have something to do with Holly or Anna Devane’s (Finola Hughes) capture?

Hamilton Finn (Michael Easton) questions Nikolas Cassadine (Marcus Coloma). Finn has to know everything going on in Elizabeth Baldwin’s life. However, Liz is working with Nikolas to hold Esme Prince (Avery Kristen Pohl) hostage until she gives birth to this baby. Can Nikolas keep the truth from Finn? Will Finn follow Liz to Nikolas’ house and discover the truth?

Felicia Scorpio (Kristina Wagner) gets worrisome news. Is this about on-the-run Anna? Felicia has been involved in both Anna and Holly’s escapes. Holly hopes to find her son and free him before Victor has a chance to kill him. Anna is trying to clear her name and find Lucy Coe (Lynn Herring). After all, Anna has been framed for shooting Lucy. Will Victor get his hands on Anna before she proves her innocence?