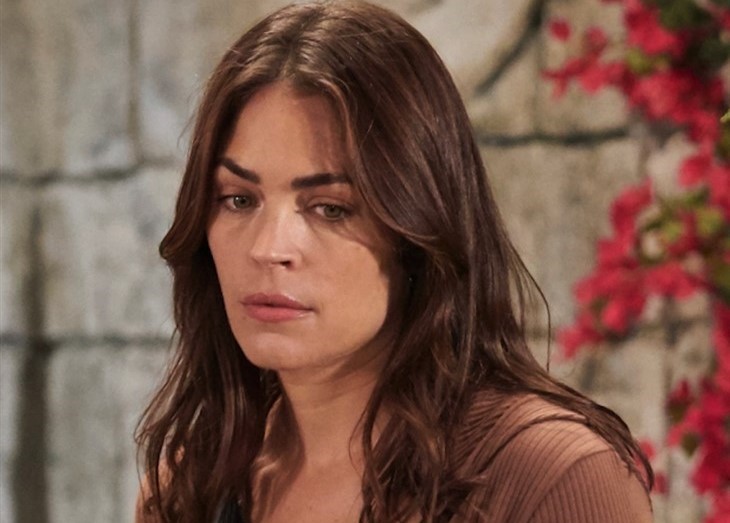 Terry probably never thought she’d see Britt excited about a date with Cody Bell, (Josh Kelly) but she is. She excitedly tells her co-chief of staff that she’s officially off the clock, and asks her to wish her luck. Terry replies that from the look of things, her luck is already improving.

Britt sighs, and thanks her, then tells Terry that she’s going on another date with Cody. She says the last time she saw him was at the Quartermaine picnic, and they know how that ended, which was with Ava Cassadine’s (Maura West) attack.

Terry tells Britt it’s a new night tonight and tells her to have a good time, they appear to be in front of an operating room. Britt’s excited, and thanks her, getting ready to leave, and then Terry notices a bouquet of flowers at the Nurses’ Station where they have been talking. Terry says, ooh, when were those delivered, and Britt looks at the card and says more importantly, who are they for? Britt reads the card out loud, which says, “Lovely Terry, until we meet again” and she asks since when did Terry get a secret admirer? Terry, excited goes over to read the card and says he’s not a secret, his name is Yuri (Cyrus Hobbi) and they met at the Quartermaine barbecue.

Terry continues telling Britt about Yuri, and says that just goes to show that the night wasn’t a complete disaster. Just then, Finn runs over to the two women, shouting he needs them, with a sense of urgency, the matter of life or death kind. Britt informs him she’s off the clock, and Finn tells her he doesn’t mean her, he needs Terry, and time indeed is of the essence.

Finn asks Terry if they can talk, because it’s important, the urgency showing in his face; he’ll need the lab to work on an antidote for a rare toxin. Finn has to work to save a life, with a new victim of the Port Charles Hook newly arrived; Diane Miller (Carolyn Hennesy) is brought in, the third victim.