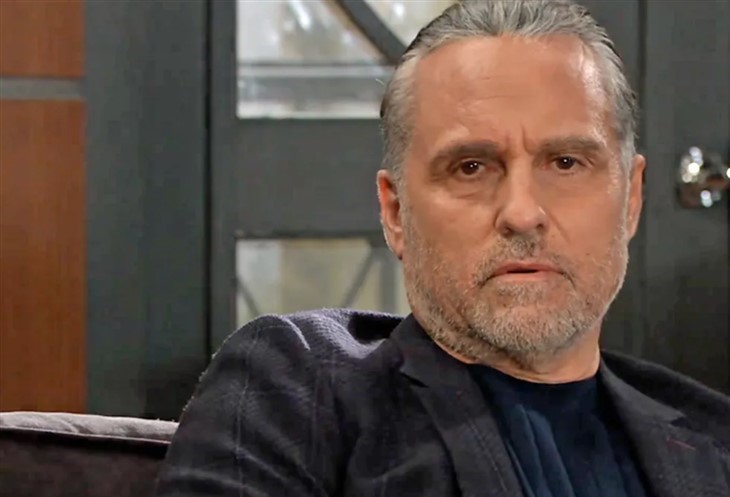 General Hospital viewers will recall that Brando and Sasha impulsively got married during their trip to Niagara Falls, and wound up getting married in a garage where his car was being repaired! General Hospital viewers might think that was pretty appropriate, considering the first time they made love was in the back seat of a car that he had been working on in his garage! Now the young couple has returned to Port Charles where they are talking in the Metro Court, undoubtedly preparing for Sasha’s part as The Face of Deception at Deception Cosmetics’ IPO launch party which will take place in a few days with Sasha as their top model. Likely excited about being newlyweds as well as Sasha’s next gig in her career, Sasha asks Brando if he’s feeling it, and Brando answers, “Definitely”!

GH Spoilers – Dante Falconeri Has Some Questions For Harrison Chase

At the Port Charles Police Department, Dante has some questions for a definitely out of uniform Chase, who has shown up at the PCPD. General Hospital viewers see Chase has a uniform on but it’s the uniform of the Port Charles Police Department baseball team –Dante, laughing, asks a serious Chase where all this is coming from! General Hospital viewers will see Chase get a little defensive, but understandably so – he still hasn’t been reinstated as a cop at the department so he may be wondering if he can even play on the department baseball team! Now that Port Charles Police Commissioner Jordan Ashford (Tanisha Harper) is back, Chase may feel even more intimidated because she’s more by the books than Mac Scorpio (John J. York) is!

General Hospital viewers now see Lucy Coe (Lynn Herring) asking Brook Lynn to do something at the offices of Deception Cosmetics, but Brook Lynn refuses; she tells her sorry, but the answer is no! General Hospital viewers will recall that Brook Lynn can no longer sing, but she has written some excellent songs which she and Chase talked about, and he sang, in a previous episode of General Hospital. Brook Lynn seems to feel very personal about her songs, and Lucy might be asking her if they can have someone else sing them at the IPO launch. Maxie is also in the office, and she suggests that there are other options they could explore.

General Hospital viewers will recall from yesterday’s episode of General Hospital that Spencer rushed over to the Port Charles Police Department when he found out Trina had been arrested for what he is sure is Esme’s crime! Trina wasn’t exactly happy to see him, but he is there to give her support and stand up for her. Trina tells Spencer she didn’t film or upload the revenge porn video that Josslyn Jacks (Eden McCoy) and Cameron Spencer (William Lipton) are suffering the fallout from. Spencer tells Trina that he believes her, after thinking back through the events of the night the four teens went on a ski trip and stayed in the Corinthos cabin.

Scott is at Portia Robinson’s (Brook Kerr) office at General Hospital, soliciting a case from her as he wants to represent Trina; it’s entirely possible that he was referred by either Ava Cassadine (Maura West) or maybe even Laura Collins (Genie Francis)! He tells Portia that the case is loaded with opportunities, presumably opportunities to get the charges dropped. Meanwhile, over at Charlie’s Pub, General Hospital viewers see Nikolas asking questions of Victor Cassadine (Charles Shaughnessy), who had seen Esme picked up by someone and rushing off and Nikolas doesn’t understand why she would just take off without a word! General Hospital viewers know what happened!

General Hospital viewers will remember that after Ava talked to Sonny about doing something to make sure Esme pays for her revenge porn crime and frame of Trina, he did something! After she rushed out of Charlie’s Pub in yesterday’s General Hospital, she was picked up by one of Sonny’s “associates” and brought to his home office! When she was unceremoniously pushed into an office chair across from his desk, Sonny flashed that old mob boss smile that means “you’re on your way to the Pine Barrens”! Sonny continues to put the screws to Esme to own up for what she’s done as he hisses, “All you have to do is confess”!

Days Of Our Lives Spoilers: Lani Takes Comfort From The Wrong Dad