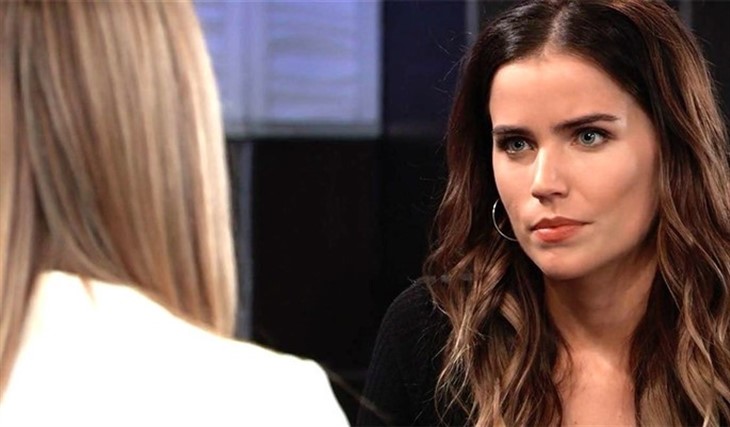 General Hospital (GH) spoilers for Wednesday, August 3 tease that Trina Robinson’s (Tabyana Ali) fate hangs in the balance, and most of the hot and heavy action going down in Port Charles centers on her future and what happens next.

Meanwhile thins get touchy (and not in a good way) between husband and wife Brando Corbin (Johnny Wactor) and Sasha Gilmore Corbin (Sofia Mattsson). Maybe Brando’s rethinking their hasty garage wedding away from home and family?

Everyone in PC it seems is clued in or connected to the trial in which Trina Robinson is being tried for releasing a sex tape of her friends Josslyn Jacks (Eden McCoy) and Cameron Webber (William Lipton).

Meanwhile, also related to Trina’s case, Jordan Ashford (Tanisha Harper) may get a break when she is able to question someone who is in custody. Will this person give up what is needed to exonerate Trina?
General Hospital spoilers: What Happens Next in Port Charles, New York

Across town, Nina Reeves (Cynthia Watros) and Sasha Gilmore cross paths and it leads to some mighty big questions about Sasha’s state of mind. It wasn’t that long ago that Sasha had an on-air meltdown prompted by memories of her dead baby. She was checked in for a temp psych hold but has been lackadaisical about going to outpatient treatment. Big mistake.

Will Nina tattle to Brando about his wife’s erratic behavior? Could be, as spoilers reveal that Brando goes to Sonny Corinthos (Maurice Benard) for advice. It could be that Brando wants some professional input, but it’s more likely that the younger man wants some counsel about how to handle his out of control wife before she makes a fatal mistake.