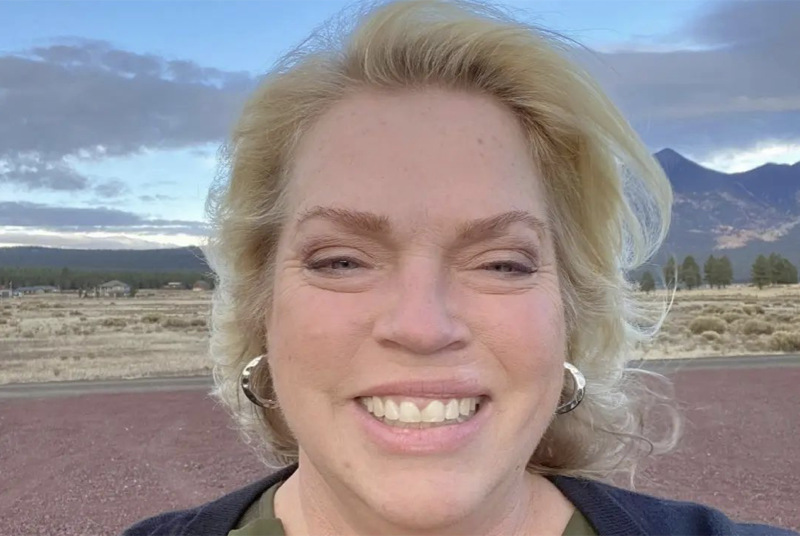 Sister Wives spoilers revealed that Janelle Brown seems friendly with Kody, but In Season 16, they saw that even she grew really irritated and fed up with him. Well, Christine gave him the heave-ho before the season started. Now that Janelle literally told him to “F off,” folks on Twitter and Instagram cheered.

With the exception of Robyn Brown, all the other wives seem really fed up with Kody and his over-the-top covid rules. Actually, fans saw it all start back in Season 15 and he still goes on about it. And on, and on, and on. Well, in Season 15, he got in Janelle’s face about not keeping her adult sons at home so he could pop along there any time he felt like it.

Sister Wives fans saw in a teaser for the January 2 episode that Janelle Brown’s son, Gabe really got worked up about his dad. He said, “Dad can do his bullsh*t and we’ll do ours…I’m tired of it. It’s literally ruining our family.” Garrison also said that it was time to tell his dad off about it.

Well, Janelle felt irritated with everyone. She said, “I’ve been trying for 9 months to get us to find some sort of middle ground, and there is no give on either side.” However, TLC fans loved what Gabe said but when Janelle told Kody to “F–k Off,” they cheered.

A teaser revealed what would happen and over on Twitter, some folks who haven’t watched the TLC show for ages tuned it to see it. Even blogger John Yates, who usually sticks with 90 Day Fiance celebrated the news on Instagram.

Janelle Brown cursed out Kody when he inferred that she didn’t care about the CDC guidelines. So,  she asked, “You don’t think I’m aware? You don’t think I’m being careful?” Meanwhile, Kody said to her, “I think you understand what I’m talking about and I want you to just respect that.” Janelle just replied, “Yeah, f—k off,” as she walked away. In the background, Christine smiled a little smile.

Sister Wives fans on Twitter went to town over the scene as you can see above. Meanwhile, over on John Yate’s Instagram, fans also praised Gabe. Actually, everyone got angry when Kody referred to Janelle’s kids as “her” kids. After all, they are his kids as well.

TLC Fans Are Proud Of Gabe and Garrison

Sister Wives fans cheered on Janelle Brown, but they also enjoyed the way her kids spoke up, especially Gabe and Garrison. One of John’s followers commented, “…I’m loving the wives and kids fighting back now!” This comment also arrived: “🙌🙌🙌 Love her boys.”

What are your thoughts about Janelle telling Kody where to get off? Sound off in the comments below.