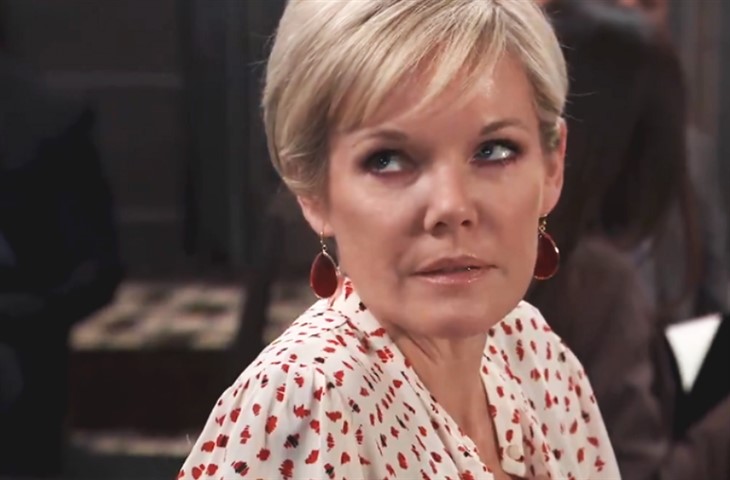 General Hospital Spoilers tease that Ava Jerome (Maura West) and Nikolas Cassadine (Marcus Coloma) are finally getting their lives back on track. Now that the stalker is no longer an issue, Ava and Nikolas have been free to resume their happily married lives. But with Victor Cassadine (Charles Shaughnessy) given an immunity deal and walking free in Port Charles, can their marries bliss continue? Is Nikolas already privy to Victor’s plans?

When Nikolas was shot by Valentin Cassadine (James Patrick Stuart) a few years ago on General Hospital, it was Victor who found Nikolas and nursed him back to health. In exchange, Nikolas gave Victor the use of a compound in Greece. This compound is where Victor and Peter August (Wes Ramsey) had been holding Drew Cain (Cameron Mathison) among others, captive. Nikolas claims that he knew nothing about the prisoners but that may or may not be true. Nikolas has many secrets of his own, including the possible whereabouts of Hayden Barnes (Rebecca Budig).

GH Spoilers – Ava Jerome Is Concerned That Victor Cassadine Will Interfere In Their Lives!

Ava is concerned that with Victor roaming about Port Charles, that he will somehow interfere with their lives. And she may be right. Victor will likely seek refuge on Spoon Island at Wyndemere. And whatever he is planning at the moment, he is sure to bring the rest of his family along with him. Like it or not, Victor and Nikolas are family, If Victor is indeed plotting some terrible crime, then Nikolas may become an accessory, assuming he isn’t a willing participant.

General Hospital Spoilers – Ava Jerome Will Want Nothing To Do With Cassadine Family Schemes.

For her part, General Hospital spoilers tease Ava will not want anything to do with whatever Victor is planning. She will fight tooth and nail to make sure that Nikolas steers clear as well. But what if Nikolas is secretly involved with Victor’s plans? Will Ava begin to realize that she has married into a family that always has on scheme or another. After all, it was the Cassadines who once threatened to freeze Port Charles. Can Ava keep Nikolas from becoming involved with something as nefarious as that?

What is Victor up to? Is Nikolas a willing accomplice? Can Ava get Nikolas away from the influence of his family? Anything can happen in Port Charles so stay tuned to General Hospital airing weekdays on ABC. And don’t forget to check back right here regularly for all your General Hospital news, information and spoilers!