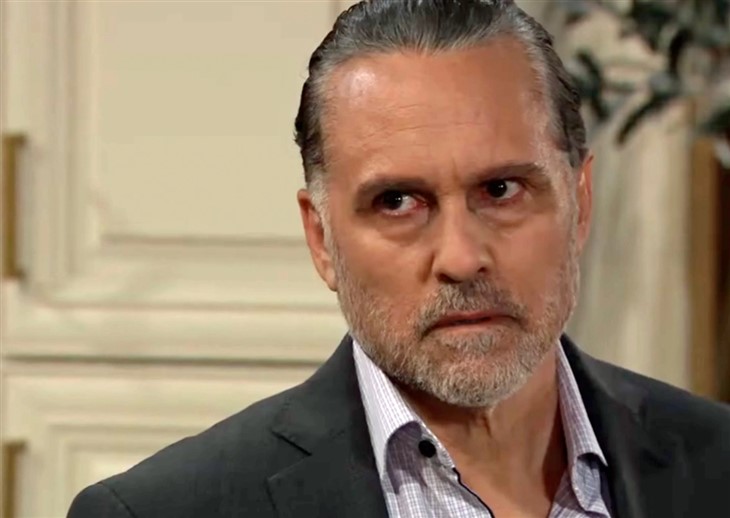 General Hospital (GH) spoilers for Thursday, August 4 tease that things get spicy hot at the Metro Curt and the police have to be called in. Elsewhere Carly Corinthos (Laura Wright) and Josslyn Jacks Eden McCoy) have a mother-daughter talk. Could it have to do with her relationship with Cameron Webber (William Lipton)?

Or could it have to do with Joss trying to tape Carly’s ex during a beatdown so that she could bust him to the PCPD? There’s a lot going on in Port Charles, New York so let’s start dishing all the dirt that’s fit to print GH fans!

Dante Falconeri (Dominic Zamprogna) is a top cop at the PCPD so when he asks to talk to the commissioner, he no doubt will have something important on his mind. Look for Dante to speak with Jordan Ashford (Tanisha Harper) about his future.

Is he looking for a promotion, a raise, or is it possible he has had enough of detective work? Or could it be about his thug dad, OG Sonny Corinthos (Maurice Benard)?

Across town, Carly asks Joss what’s bothering her. Will she be worried about her friend Trina Robinson (Tabyana Ali) who could go down for a crime she didn’t commit? Or will she need to discuss her salty actions with Sonny Corinthos?

Joss got all investigative reporter on her former stepdad when she saw him and his henchman beating down a bad guy. All of a sudden Joss had her camera out and threatened to take the damaging footage straight to the PCPD. Which would have been awkward if Dante was there and had to go arrest his dad!

Elsewhere, a fracas at the metro court draws the police. Does this have to do with Nina Reeves (Cynthia Watros) witnessing Sasha Gilmore being a bit off?

Nina cares about the younger women despite Sasha pulling a con on Nina and pretending to be her dead daughter. All has been forgiven and Nina has been protective of Sasha and her situation which involves losing a newborn baby. If Nina suspects Sasha is using again, she will no doubt confront her. Sasha has shown that she is in no mood to be confronted about her actions however, having earlier blown off her husband Brando Corbin (Johnny Wactor) after he expressed his concern for her.

Next up, fans can expect to see Sonny tell Dex Heller (Evan Hofer) he has a job for him. Sonny is test driving Dex as a replacement for Jason Morgan (Steve Burton). Does he have what it takes?