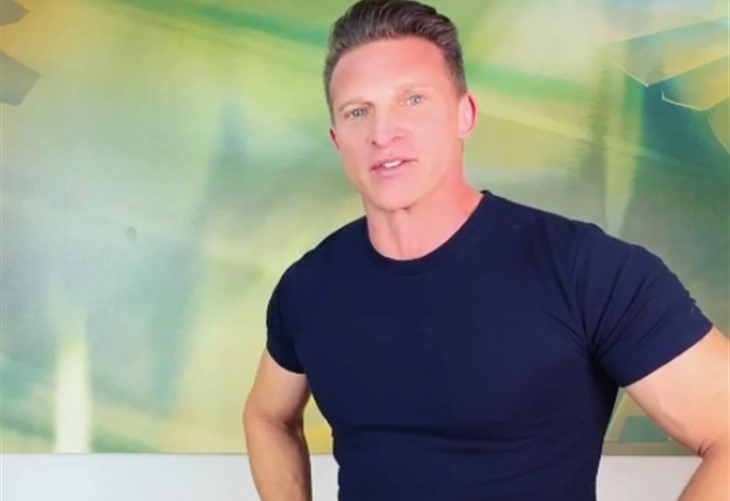 General Hospital (GH) spoilers reveal that Steve Burton was let go from his day job as Jason Morgan after declining to get a coronavirus vaccination. ABC, which is owned by Disney, requires employees to be fully vaccinated against COVID-19. Steve and Ingo Rademacher, who played Jasper Jacks, so far are the only two GH actors to lose their jobs due to noncompliance with the vaccine mandate.

Ingo has been vocal about his displeasure with the mandate and is now suing the network. Steve has a completely different outlook and shared his POV with fans on Insta.

He posted a photo of himself with his arms wide open against the backdrop of a beach sunset. His caption reads: “Not just a New Year. Every day we have the chance to make a change. I find a way to be grateful everyday. I don’t leave the house until I am. ‘Gratitude unlocks the fullness of life. It turns what we have into enough, and more. It turns denial into acceptance, chaos to order, confusion to clarity.’ Have a great day.”

His fans loved the positivity and let Steve know they miss him as Jason Morgan. Just because they can’t see him as the Man in Black Leather doesn’t mean they can’t see him at all however. He is active on social media and he also books dates as one half of a comedy act.

His other half in comedy is GH actor Bradford Anderson who plays Damian Spinelli.

Will Steve ever return to the soap? That depends in part on his vaccination status, at least in the short term, as well his and the show’s interest in having him return. Ironically, the daytime drama has announced a short-term shutdown in production due to rising COVID-19 infection rates in LA. While Steve and Ingo have made their anti-vax stance public knowledge, not everyone is on board with their point of view. Their costar Nancy Lee Grahn, who plays Alexis Davis, has been equally vocal in her embrace of the mandatory vaccination edict.