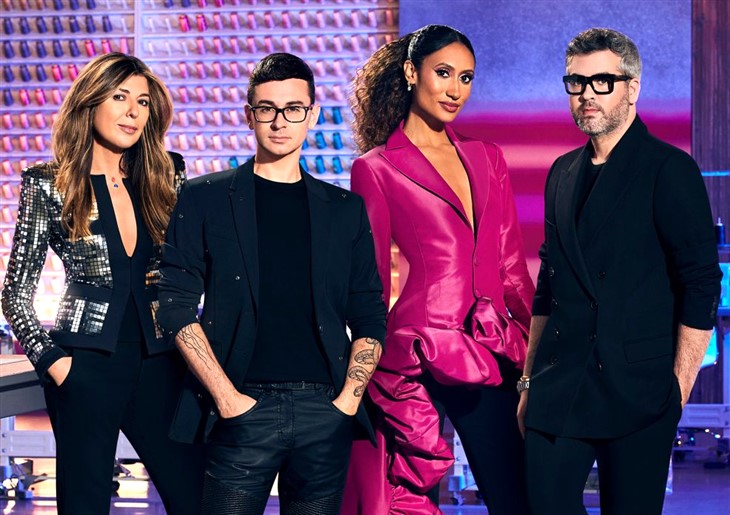 Project Runway Season 19 premiered on Bravo on October 14, 2021. Well, now it looks like, after the New Year’s hiatus, the show will crossover with The Real Housewives franchise. So far, the January 2022 news met with a mixed reception from fans. Who will fans see in the second half of the show? Are they the topmost popular stars in the franchise?

In the past, stars crossed over with other shows. Back in 2017, Eva Marcille who played Tyra Hamilton on The Young and the Restless moved across to Real Housewives of Atlanta. Of course, she wasn’t the only one from the soap to join the cast. Recall, Y&R Eileen Davidson and Days actress Lisa Rinna (Billie) were both featured on The Real Housewives of Beverly Hills. In fact, Lisa looks set to stick with it for years to come.

Once, Denise Richards (Shauna Fulton) took along a bunch of Atlanta stars to the set of The Bold and the Beautiful. Project Runway fans won’t see Denise Richards, Eva Marcille, Eileen Davidson, or Lisa Rinna in the January 6 episode. Instead, they will see a mix of the cast from Orange County, New York City, and Potomac. Furthermore, Bravo’s Andy Cohen will appear as a guest judge. Apart from the crossover, fans will see seven remaining designers competing for the title.

The news about the crossover came via TV Deets on Instagram. The admin wrote, “Various Real Housewives will appear on the January 6th episode of #ProjectRunway!” They noted that fans will see “Gina and Shannon⁣ (#RHOC)⁣⁣, Leah and Luann⁣ (#RHONY)⁣⁣, and Gizelle, Wendy, and Karen ⁣(#RHOP.)⁣” One fan seemed less than thrilled with Gizelle Bryant. They commented, “Y’all really put Giselle on this? Hell Nah”

One fan opined that Karen Huger is the only one who deserved to be on Project Runway. Possibly, because she has a lot of style. The fan felt that the others “have no fashion sense at all.” However, not everyone complained, by any means. One follower quipped, “Next they need to make the Below Deck uniforms LOLOL,” possibly not a bad idea.

Most Bravo Fans Seem Excited For The Crossover

One fan noted that they can’t wait for the show. Similarly, this comment arrived: “Awesome can’t wait to see this 😂😂😂😂.” More approving comments arrived like this one: “I been waiting.”

What do you think of the Real Housewives crossover on Project Runway? Sound off your thoughts in the comments below. You can watch a preview of the show HERE.

Be sure to catch up on everything happening with Bravo’s Real Housewives right now. Come back here often for more Project Runway spoilers, news, and updates.