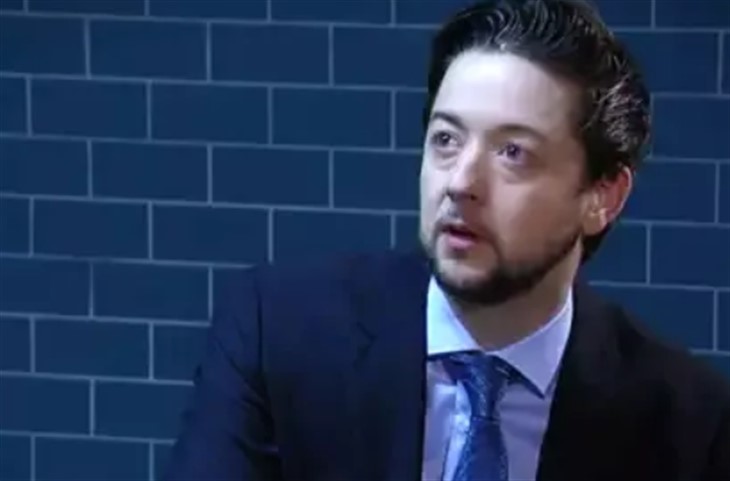 General Hospital (GH) spoilers tease that Damian Spinelli (Bradford Anderson) is still carrying a torch for Maxie Jones (Kirsten Storms). While Maxie has been in her fair share of relationships, most of them turned out bad. Meanwhile, Spinelli sits on the sidelines. Spinelli may have thought that after Peter August (Wes Ramsey) was finally killed and no longer a threat Maxie might give him another shot. But instead, she seems to be inching closer to Dr. Austin Gatlin-Holt (Roger Howarth) every day. Spinelli knows exactly what Peter put her through, and may decide to look into Austin’s past.

There isn’t much known about Austin other than his upbringing. Austin is the son of the late Jimmy Lee Holt (Steve Bond), who was the illegitimate son of Edward Quartermaine (the late John Ingle). While Jimmy Lee and Edward were on the outs for most of Jimmy Lee’s life, Austin claims that was about to change. But Edward died before he could form any kind of relationship with Jimmy Lee, let alone his son. When Austin first arrived in Port Charles, he planned to contest Edward’s will. But that plan was thwarted by Brook Lynn Quartermaine (Amanda Setton) who basically blackmailed Austin into giving up his claim. The bad blood between Austin and the rest of the Quartermaine, especially Brook Lynn, remains distant.

But other than that, little is known about Austin’s personal history. He’s a doctor and seems like a really nice guy. But so did Peter when he first came to town. But Peter was a very dangerous man, very much taking after his father Cesar Faison (Anders Hove). Spinelli won’t want to see Maxie involved with someone who could very well harbor a dark past of his own. Spinelli and Maxie share a daughter, so Spinelli won’t want Maxie to get involved with another loser like Peter.

General Hospital Spoilers – Dr. Austin Gatlin-Holt may have a dark side!

Austin seems to be really interested in Maxie. But he seems to have an issue with money. He’s made several off-putting comments about Maxie having her own money. Could Austin be insecure about women with money? Perhaps he’s been down that road before. Austin could also just be projecting his feelings about the Quartermaines onto Maxie because of her newfound wealth as a partner in Deception. Either way, look for Spinelli to want to know everything there is to no about Austin, not just for Maxie’s sake but for their daughter as well?

Does Austin have skeletons in his closet? Will he ever reconcile with the Quartermaines? Is he a good match for Maxie or would she be better off with Spinelli?