GH Spoilers: Austin Plans To Destroy The Quartermaine Family From The inside! 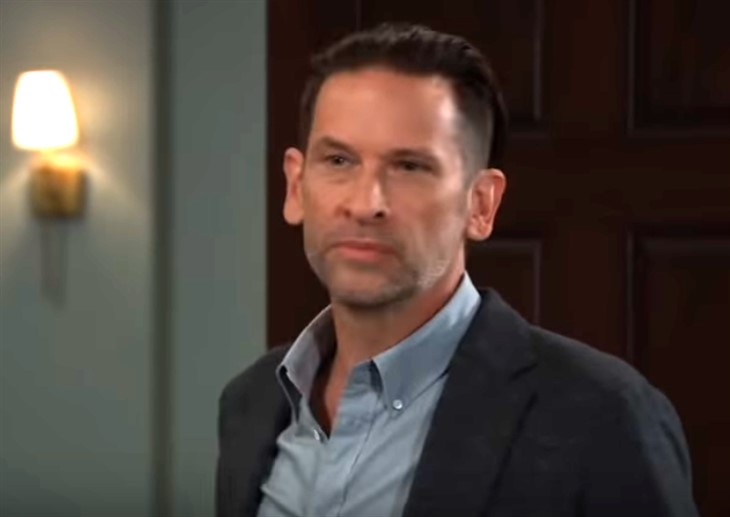 General Hospital (GH) spoilers tease that Dr. Austin Holt (Roger Howarth) isn’t just after his share of the Quartermaine family fortune, he wants to may them suffer for the way his father, Jimmy Lee Holt (Steve Bond) was treated. And the best way to do that is to get to know them and find out their weaknesses. And it seems as though Michael Corinthos (Chad Duell) is the first on his list. But he certainly won’t be the last.

Asa viewers know, Austin was with Harrison Chase (Josh Swickard) when Chase discovered that Michael was sleeping with his wife, Willow Tait (Katelyn McMullen). While Chase believed that meant that Michael and Willow are in love, Austin tried to convince Chase that it was just a matter of cheating and that Chase should fight for his marriage. The truth is that Michael and Willow are truly in love and that Willow only married Chase because she thought he was dying. Deep down, Chase seems to already know this, but Austin is egging hm on.

Austin just revealed himself as the son of Jimmy Lee Holt, the illegitimate son of Edward Quartermaine (the late John ingle). Edward left Jimmy Lee and any of his descendants out of his will. But Austin is contesting the will and wants a share of the fortune for himself. Bhut that may not be enough for Austin. Perhaps he wants to get revenge on the rest of the family and he is starting with Michael. Keeping Michael and Willow apart would certainly be one way to get revenge on Michael. But who will Austin target next?

General Hospital Spoilers – Dr. Austin Holt May Already Have All The Ammunition He Needs On Brook Lynn Quartermaine!

Austin was present the night that Maxie Jones (Kirsten Storms) gave her baby to Brook Lynn Quartermaine (Amanda Setton) but was supposedly unconscious. If he remembers that Maxie gave Brook Lynn the baby, that would expose Maxie and Brook Lynn’s plan to keep the baby safe from it’s father, Peter August (Wes Ramsey). Brook Lynn has let Valentin Cassadine (James Patrick Stuart) believe the baby is his. But one word from Austin could blow that plan sky high and ruin Brook Lynn’s plan to get ELQ back from Valentin. The question is just how much does Austin know?

Is Austin planning on taking revenge on the Quartermaine family one by one. Will he continue to convince Chase to fight for Willow? And just how much does he remember about the night Maxie gave birth? Anything can happen in Port Charles, so stay tuned to General Hospital airing weekdays on ABC. And don’t forget to check back right here regularly for all your General Hosptial news, information and spoilers!