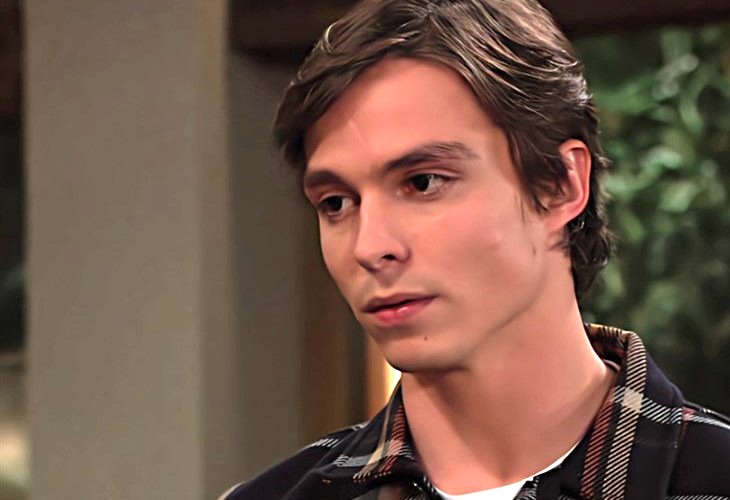 General Hospital (GH) spoilers tease the evidence against Trina Robinson (Tabyana Ali) is quite damning thanks to Esme Prince (Kristen Avery Pohl). As viewers know, Esme recorded Cameron Webber (William Lipton) and Josslyn Jacks (Eden McCoy) having sex and posted it on the internet. So not only would she be able to hurt Josslyn, but Trina as well. Esme was quite jealous of Trina’s closeness to Esme’s boyfriend, Spencer Cassadine (Nicholas Chavez). But Esme may have misjudged just how well thought of Trina is in Port Charles. Most of Port Charles, including Cameron and Josslyn, don’t believe Trina is guilty despite the evidence.

Spencer had been serving a 30-day sentence at Spring Grove during the time period that the video was uploaded. But on the very day it happened, Spencer asked his uncle, Victor Cassadine (Charles Shaughnessy) to pull some strings so Spencer could visit his mother’s grave on the anniversary of her death. Using his vast resources and influence, Victor was able to sneak Spencer out. Spencer was at his mother’s grave when he encountered Trina. They argued about his privilege but in the end, Trina agreed not to tell anyone that Spencer took a brief excursion from prison.

GH Spoilers – Trina Robinson has kept her promise to Spencer Cassadine even though it could exonerate her!

Despite the fact that having Spencer as an alibi could possibly get the charges against her dropped, Trina hasn’t turned Spencer in. Spencer could get in quite a bit of trouble for leaving the prison, even briefly, in the middle of his sentence. He could even face more prison time. But Trina isn’t a martyr and will reveal what she knows if it comes down to her freedom and reputation. Spencer is well aware of the sacrifice Trina is making for him and he’s actively looking for evidence against Esme, although he’s lying that he believes Trina is guilty, he’s keeping Esme close so that he can find the evidence needed to save Trina.

Esme suspects that Spencer is lying to her about his feelings for her so she’s going to do everything she can to stop Spencer. Spencer has already searched Esme’s room at Wyndemere and has found the pills given to Trina the night the video was recorded. But that may not be enough. Spencer isn’t one to sacrifice himself to help anyone. Spencer will certainly want to find another way to help Trina, but if he has to, he will confirm Trina’s whereabouts at the time the video was uploaded. Even though he could go back to jail, Spencer will ultimately do the right thing!

Will Trina tell the authorities that she was with Spencer when the video was uploaded? Will Spencer have enough proof to mail Esme? Or will he have to go to jail in order to save Trina? Anything can happen in Port Charles so stay tuned to General Hospital airing weekdays on ABC. And don’t forget to check back right here regularly for all your General Hospital news, information, and spoilers!