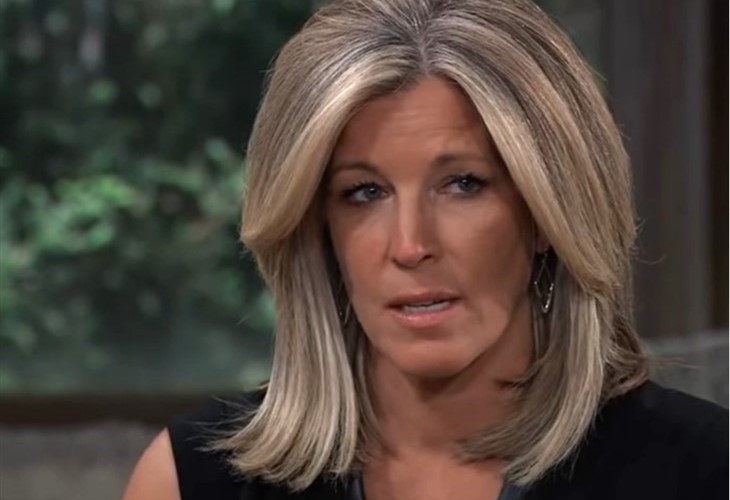 General Hospital (GH) spoilers reveal that Carly Corinthos (Laura Wright) is taking drastic action to keep the truth from Willow Tait (Katelyn MacMullen). Carly has good intentions and really thinks she’s doing what is in Willow’s best interest. However, Willow won’t feel that way when she learns the truth about Nina Reeves (Cynthia Watros). In fact, this could have a ripple effect.

GH spoilers reveal that Harmony Miller (formerly played by Inga Cadranel) made a deathbed confession. However, that confession wasn’t to Willow. Instead, Harmony told Carly that Willow was a twin. Not just any twin but Nelle Benson’s (formerly played by Chloe Lanier) twin. That’s when Carly realized that Willow’s biological mother was none other than Nina.

Before Harmony died, she begged for Carly and Michael Corinthos (Chad Duell) to do whatever was necessary to protect Willow. Harmony told Carly that Nina’s love would smother and damage Willow. So far, Carly has kept that promise. What is interesting is that Carly kept Nelle’s connection to Nina a secret as well. So, the cycle is repeating once again with Willow.

General Hospital spoilers reveal that Willow found out that Alexis Davis (Nancy Lee Grahn, temporarily played by Stephanie Erb) knew about Harmony’s lie. Now Willow is wondering how many other people knew and never bothered to tell her.

Of course, Willow only knows that Harmony kidnapped her as a baby. Willow had no idea that she was a twin or that Nina is her real mother. Willow is determined to find out the truth, which has her going to the Port Charles Police Department to submit a DNA sample.

The truth always comes out eventually in soaps. MacMullen told Soap Opera Digest that Willow has gone through a major betrayal. The actress also teased that Willow is sick and tired of being at everyone’s mercy when it comes to the truth.

Even though Carly might have good intentions, this is going to blow up in her face. It is also teased that Carly’s deception and Willow’s discovery could have a ripple effect. How will Willow react to learning the extremes Carly’s going to in order to keep the truth from her? The bombshell discovery could have far-reaching consequences and the fallout might be explosive.

What do you think Carly will do next to keep the truth from Willow and Nina? How will Willow discover the truth? What kind of effect will this have on Willow’s relationships with Carly, Michael, Nina, and others in Port Charles? Share your thoughts and remember to keep watching the ABC soap to see what happens next.