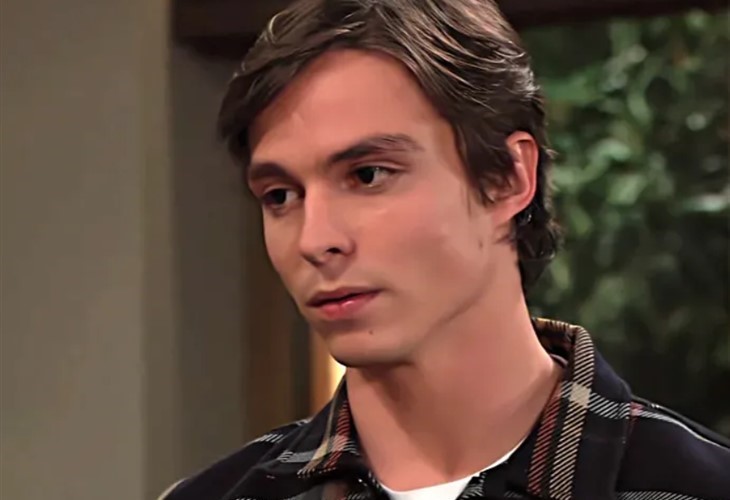 General Hospital (GH) spoilers tease that Spencer Cassadine (Nicholas Chavez) is hoping by publicly denouncing Trina Robinson (Tabyana Ali) and supporting Esme Prince (Kristen Avery Pohl) that he can somehow find proof that it was Esme who recorded Josslyn Jacks (Eden McCoy) and Cameron Webber (William Lipton) having sex and then posted it online. Trina is facing jail time and possible expulsion from PCU because of Esme; But the longer he waits, the more likely the chance that Trina will no longer have feelings for him.

General Hospital Spoilers – Spencer Cassadine and Trina Robinson have had feelings for each other almost since they met!

Despite her distaste for Spencer’s abuse of his privilege, Trina certainly developed feelings for Spencer. But Spencer was also in a relationship with Esme, so their attraction didn’t really go anywhere besides a few longing glances. Trina has tried to wash her hands of both Spencer and Esme several times but hasn’t really been all that successful up until recently. But when he told her that he believed she could be guilty of the sex tape and that Esme was innocent, she may have finally closed the book on Spencer!

Although it’s likely a conflict of interest, rookie police officer Rory Cabrera (Michael Kruse) also seems quite taken with Trina. They met after she was arrested for the sex tape, and he tried to make the situation as comfortable as possible for Trina by bringing her a soda and other little things that Spencer would never think of. Spencer has stopped investigating Esme and has given everything he has discovered to Sam McCall (Kelly Monaco) who will be much more likely to get the goods on Esme. That means that Spencer may be able to tell Trina that he really has believed in her this whole time. Not only that but he will finally tell her that he loves her!

General Hospital Spoilers – Trina Robinson believes Spencer Cassadine is not the man for her!

Trina Robinson won’t likely want any part of Spencer Cassadine in the near future! Even once she is finally acquitted; and hopefully still at PCU, Trina might have to reveal something that could land Spencer right back in jail. As viewers know, at the time Esme uploaded the porn video, Spencer was with Trina at the cemetery; Spencer was supposed to still be at Spring Ridge serving a thirty-day sentence for stalking Ava Jerome (Maura West); But that day was the anniversary of his mother’s death, so Spencer convinced Victor Cassadine (Charles Shaughnessy) to arrange for a brief escape from the prison.

GH Spoilers – Trina Robinson may have to reveal that Spencer Cassadine left prison in the middle of his sentence!

Trina hasn’t said anything yet, because it may not be enough to exonerate her, but if there is no other way to get out of those charges, Trina will do what she has to do. Unfortunately, Spencer might have to go back to prison if Trina says anything. Even if Spencer understands why Trina threw him under the bus, it may be enough for him to rescind any declaration of love he might have made.

Now that Sam is investigating Esme, can Spencer reveal how he feels to Trina? Will his evidence help Sam find proof that Trina was innocent? Or will Trina be forced to reveal that Spencer was her alibi at the time the crime was committed? Anything can happen in Port Charles so stay tuned to General Hospital airing weekdays on ABC. And don’t forget to check back right here regularly for all your General Hospital news, information, and spoilers!

Days Of Our Lives (DOOL) Spoilers: Lucas’ Secret Blow Up At Wedding As He’s Arrested For Kidnapping