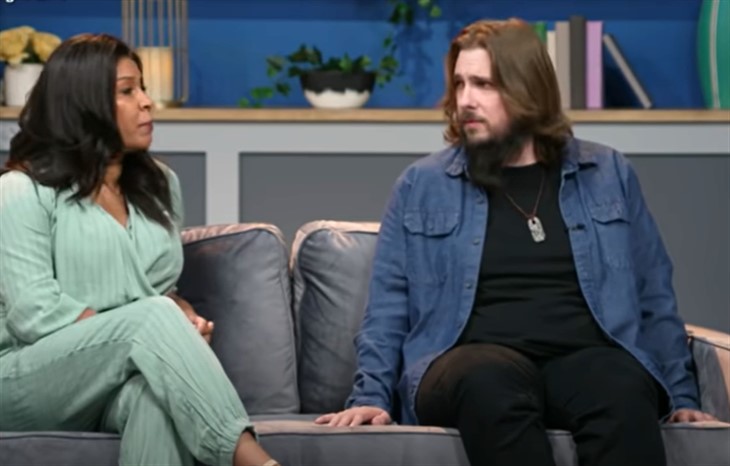 Friday saw part one of the season 2 Tell-All episode of 90 Day: The Single Life and like all Tell-Alls, there were shocks to be had. While Big Ed was telling Colt that he should basically respect his mom, Debbie, Colt’s response was unexpected. Meanwhile, it seems that due to Colt’s mom’s constant interference, he and Vanessa have separated.

Colt Johnson and Vanessa Guerra living together under the same roof with Debbie Johnson was obviously not ideal. As 90 Day Fiancé fans know, Debbie is known for her interference in her son’s relationships, including that of his previous wife, Larissa Lima.

Meanwhile, when Colt and Vanessa first married, Debbie continued to live under the same roof. This became a serious case of “Three’s a crowd” despite the fact that Colt’s mom has always supported Vanessa. In fact, they split three weeks before the Tell-All was filmed.

When Colt, 36, and Vanessa, 31, appeared on the first part of the 90 Day: The Single Life Tell-All they shocked viewers and fellow cast members alike. The season 2 Tell-All aired on Friday, January 28, and as with all Tell-Alls, shocks were to be had.

Fans have often accused Colt Johnson of being a momma’s boy as he was living with his mom, Debbie, 69, throughout his various relationships. Meanwhile, during those relationships, Debbie interfered so much she was likely the reason for all to fail.

During the Tell-All, fellow cast member Big Ed Brown tried to encourage Colt to support his mom, for which he blasted Ed with an f-bomb. This left the door open for Johnson to reveal his split from Vanessa and the reason why it happened.

In the excerpt from the Tell-All included in this article, Colt directly addressed his mother. He said, “I’m upset that you just can’t do anything by yourself. I’m the first person, the first call, the first everything with you.” Meanwhile, the reality TV star told Debbie she had raised him to be “just a subservient person to you.” He hurtfully added that he shouldn’t be bothered with Debbie’s life, saying, “This is your life. It’s not my responsibility.”

After Colt confronted Debbie, she stormed off the stage, leaving him and Vanessa to explain the situation. Vanessa revealed that she had moved out, while Colt added the words, “We’re separated.” She then went on to explain that she was “tired of being under [Debbie’s] roof, as they have lived together since their marriage.

The split came when Vanessa left Colt three weeks prior to taping the Tell-All. She explained that Debbie’s constant meddling is one of the reasons why she left.

The 90 Day Fiancé star went on to reveal her breaking point and that it came when she suffered a miscarriage. The couple had hidden the fact that Vanessa was pregnant from Debbie. However, when the miscarriage happened they told her about it. She explained that Debbie was more supportive then, saying “I’m sorry,” and giving her a hug.

Colt then admitted that Debbie “obviously has some feelings or emotions,” but said she can’t seem to express them to him and he doesn’t know why.

Debbie then came back on stage and wanted Colt and Vanessa to leave, which they refused to do. This led Vanessa to elaborate on how her miscarriage intensified the situation with Debbie. She said she was very stressed about raising a child in that house. Vanessa said she did kind of feel guilty, like she had maybe done something wrong, and took it out on Colt a lot.

Debbie then chimed in, saying she is planning to move out of the house soon. She was hoping this would prompt Vanessa to say she would move back in if his mom was no longer there. However, this went nowhere, as Vanessa pointed out that she didn’t sign up for a part-time husband.

Vanessa and Debbie continued to have a showdown, with Vanessa saying she feels “very smothered” because Debbie is always Colt’s face. Debbie then responded saying she is done with her son and daughter-in-law.

Readers can catch an excerpt from part one of the 90 Day: The Single Life Tell-All here:

All episodes of 90 Day: The Single Life can be streamed on discovery+ while part two of the Tell-All drops next Friday.