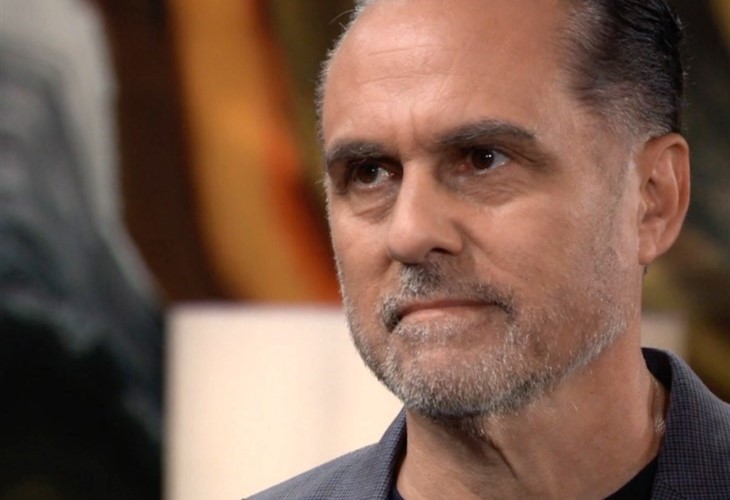 General Hospital spoilers and updates tease that Sonny Corinthos (Maurice Benard) comes to the rescue of Nina Reeves (Cynthia Watros) in an upcoming episode of GH!

Obviously, Curtis Ashford (Donnell Turner) is not at his club at the time when Bobbie Spencer (Jacklyn Zeman) and Carly Corinthos (Laura Wright) gang up on Nina! Curtis is one of Nina’s few friends and supporters and he would have put a stop to it immediately! Viewers can expect that this confrontation will be related to the upcoming court hearing where Nina has asserted her grandmother’s privileges to at least visit Wiley Corinthos (Viron Weaver).

Nina knows that Michael Corinthos (Chad Duell) and Willow Tait (Katelyn MacMullen) are playing dirty, and Carly is encouraging it. They are probably about equally matched in the dirt department, but at least Nina hasn’t killed anyone – yet!

Nina is just minding her own business, sitting at a table in The Savoy and relaxing – or trying to, considering the upcoming court hearing will be stressful! She is going over in her mind what she has been discussing with her attorney, Scott Baldwin (Kin Shriner) and wishing he’d get on the ball! She recently tracked him down at a manicurist, and laid into him about her needing his complete attention on her case now! Carly and Michael’s attorney Diane Miller (Carolyn Hennesy) had come into the manicure studio and although it was off the record, the shop talk really scared her! Michael had already smeared dirt from the past against her, with an exposé on her past of putting Ava Cassadine (Maura West) into labor and stealing her baby!

Carly and Bobbie descend on Nina and tear into her about how she should never be allowed around a child and how dangerous she is! It is obvious that Valentin Cassadine’s (James Patrick Stuart) attempt to help Nina by talking to Carly about her didn’t have any effect at all. It was sweet of him to try but Nina certainly didn’t ask him to, with Carly saying something to the effect that her siccing Valentin on her didn’t help matters!

Nina wouldn’t have known a thing about her ex-husband’s sweet gesture if Carly hadn’t brought it up! Things start getting even more tense, with Nina feeling like a teenager being ganged up on by mean girls!

Nina had actually told Sonny it might be better if they didn’t see each other for a while until the court is over and the dust has settled! So, when Sonny comes to The Savoy it’s totally unrelated to Nina and unplanned; but when he sees what’s happening he can’t help but go to her rescue! Sonny intervenes and tells Carly and Bobbie to lay off – they’re drawing unwanted attention to themselves and it’s very childish, like toddlers fighting over a toy! Nina tells Sonny not to get into it, she can take care of herself, it’s not her first catfight; she feels responsible for Michael’s rejection of Sonny and doesn’t want to make things worse!